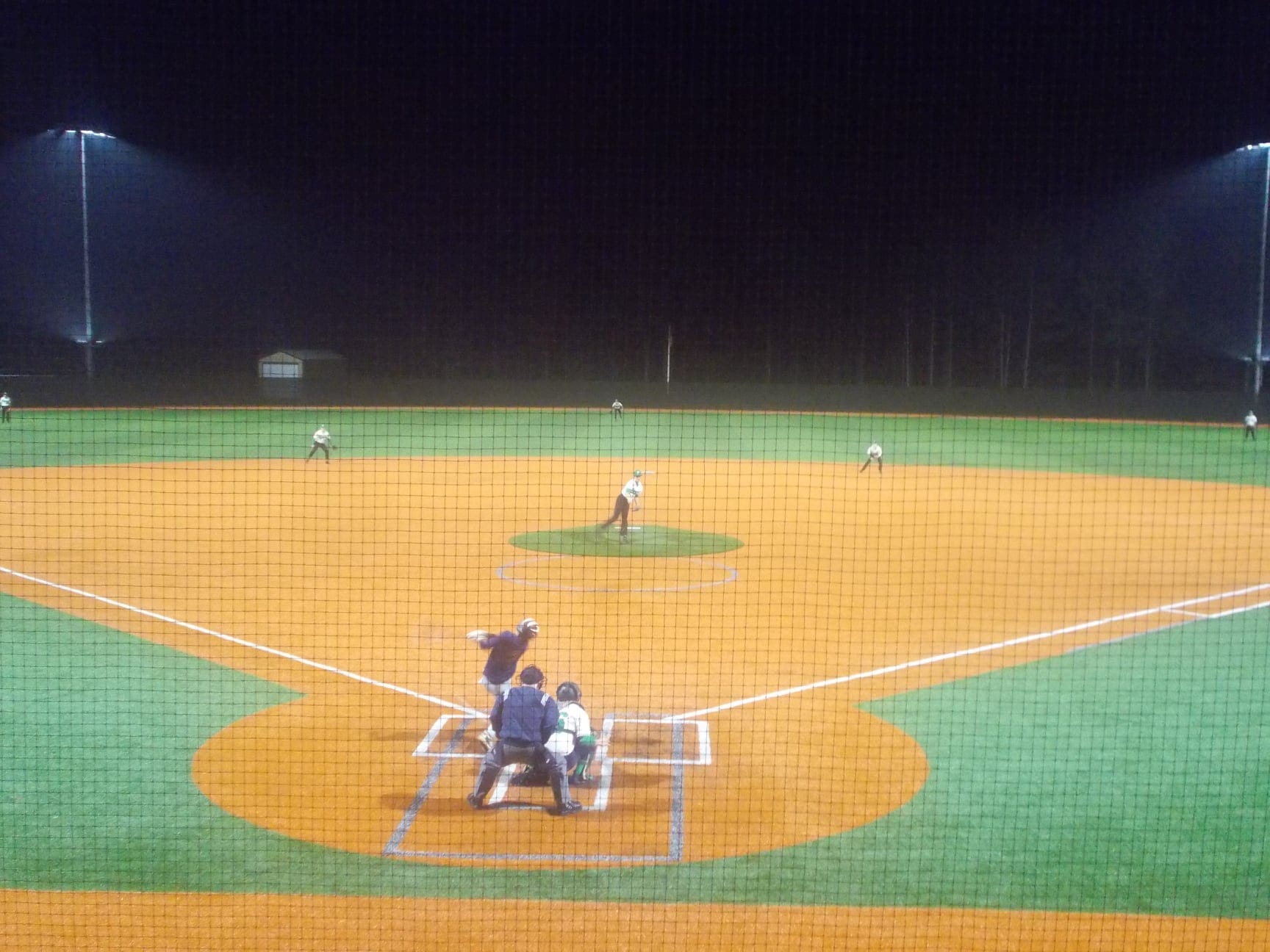 Pickens County, Ga — As we said in the Murray County/Pickens recap article, Saturday, February 26th was a busy day as far as baseball went. After the game between the Indians and Dragons finished, Murray County took on the Lumpkin County Indians. After a good back and forth game which saw Murray try to come back late, Lumpkin came away with a 10-6 win. The third game of the day saw Lumpkin take on the Wheeler Wildcats. Wheeler, was the biggest school in terms of classification as they are a 6A school. Lumpkin hung with Wheeler for the better part of the game as the Wildcats came away with an 11-4 victory in game 3. Game 4 saw the host team, the Pickens Dragons take on Wheeler in the night cap. After a tough time in the middle innings for the Dragons, Wheeler picked up the win, 16-2.

Freshman Connor Shouse made the start for the Dragons and pitched very well against the 6A school. The Wildcats, picked up 2 hits, but were held to just 1 run in the top of the first. In the bottom of the first, Pickens got a 2-out double from Hunter White, and Seth Densmore was able to reach 1st base on an error. The two runners were left stranded however and we headed to the second with the Wildcats lead the Dragons, 1-0.

In the top of the second, Shouse racked up his first three strikeouts of the game, but Wheeler was able to push across another run as they increased their lead to 2-0 going to the bottom of the second. In the bottom half of the inning, Jarod Whitmore led off with a single, Trace Ledbetter followed with a single of his own, and Evan Giddens brought in Whitmore after a sacrifice bunt to make it 2-1 Wildcats as we would head to the third.

Shouse found his groove in the top of the third as he needed only 11 pitches to get out of the frame and picking up his 4th strikeout in the process. The Dragons went quietly in the bottom of the third. As we went to the fourth inning, Wheeler still held a slim 2-1 lead.

After the first batter for the Wildcats reached on an error to begin the fourth inning, Shouse settled down and picked up his 5th and 6th strikeout of the game to send us to the bottom of the inning. In the bottom of the fourth, Ledbetter was left stranded on 1st after a 2-out single. Going to the top of the fifth, Wheeler still held a 2-1 advantage.

In the top of the fifth, Shouse picked up his 7th strikeout for the first out of the inning. The Wildcats, scored 5 runs in the top half of the inning to give them a 7-1 lead going to the bottom of the frame. In the bottom of the fifth, Shouse, now over a shortstop, got hit by a pitch with 1 out, White walked, Densmore got hit by a pitch, and Drake Sutton brought in Shouse after drawing a walk to make it 7-2 Wheeler going to the sixth.

The Pickens Dragons will look to regroup as they will host the Lumpkin County Indians on Tuesday in non-region action. First pitch is set for 5:30 pm at Dunn Field.