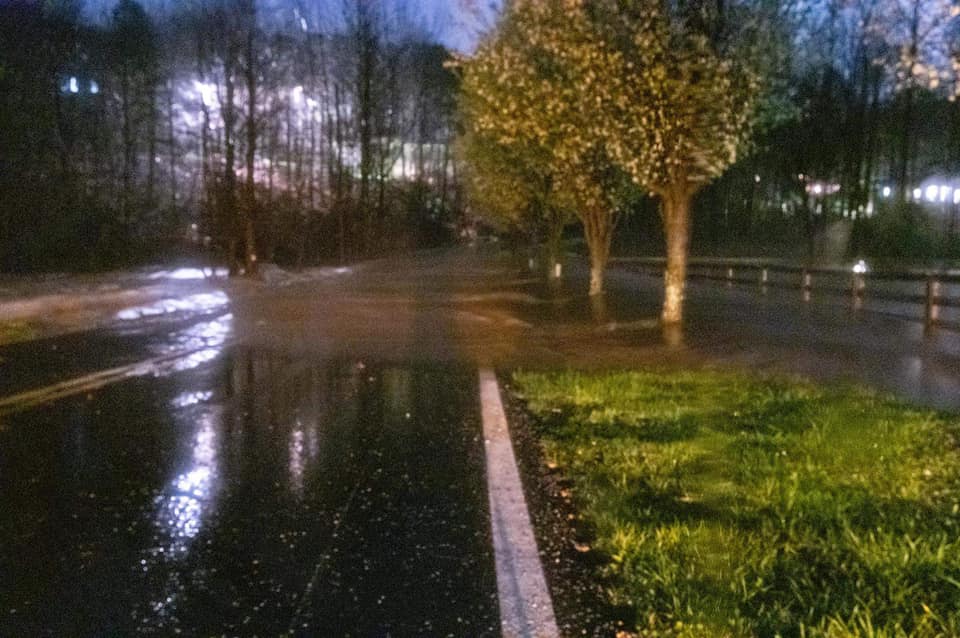 PICKENS COUNTY, Ga. – With schools completely shutdown today, March 26, 2021, citizens and authorities are out in force attempting to recover from the damages caused by last nights storm and tornadoes across North Georgia.

Pickens did not suffer a tornado, but has suffered severe damage from the storm, flooding, and winds during the night.

Earlier today the Pickens County Sheriff’s Office offered a list of known road hazards or roads that are currently impassible from the storms last night.

– Evans Rd has several places that are severely washed out or potentially have damage to the roadway and is shut down.
– Grandview Rd at Pendley Creek below Parkland Dr has a large amount of mud buildup.
– Mineral Springs Rd North just south of Roper Funeral Home has been flooded over.
– Long Rd at the creek is flooded over.
– Talking Rock Road at Highway 136 near Downtown Talking Rock is severely flooded.
– Jordan Road is flooded is some parts.
– Upper Salem Church Road is flooded near the bridge.
– Talc Mine Road is washed out in one area.
– Genett Drive is shut down at Hood Park Drive near the bridge.
– Twin Mountain Lake Circle is flooded and is impassable.
– There is a tree across both lanes of Highway 136 East just west of East Price Creek. There are utility lines involved. State DOT is currently in the process of clearing this obstruction.

The Pickens Board of Education said they worked closely with city and county road officials before canceling class. Due to the storm, many roads have severe washouts that citizens should avoid.

Authorities across the state are warning citizens to not attempt to drive through flooded areas of roads. This is because some of those roads may be so flooded that they only appear to have a foot or two of water, but have washed out the road under it. Risks of severe injury or death could come from driving into such washouts. 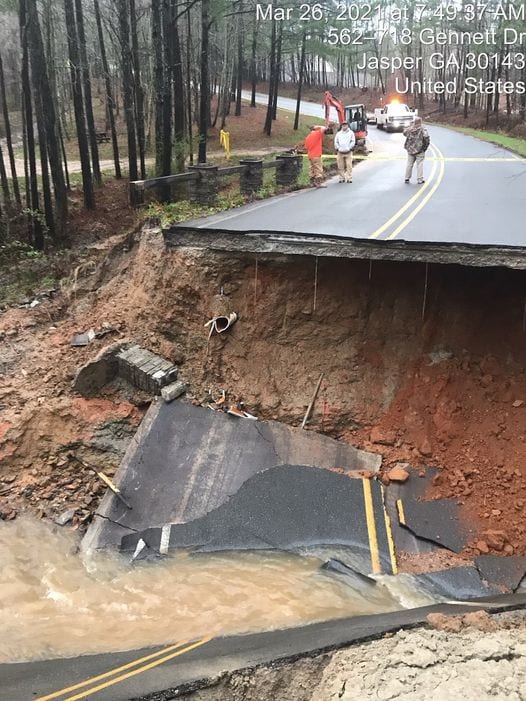 The City of Jasper has shared a photo of Gennett Drive (pictured to the right) showing just how bad some of these roads have become.

Roads are not the only effected area as the storm also knocked out power for much of North Georgia. According to Amicalola EMC some of these are quite major including “one large outage affecting 655 members in Pickens County near Cove Road and Grandview. A tree has torn the line down and crews are working to restore power now.”

Due to the calm morning, much of the power has been restored and, according to their outage map, only a few pockets remain that crews are still working to fix.

Pickens County’s Government also issued a statement on the storm saying, “We were extremely fortunate in Pickens County last night to avoid the tornadoes that swept across the south. Our thoughts and prayers are with the many communities that were hit. Unfortunately, we were not spared from several areas experiencing some level of flooding.”

Citizens should also be aware that while the county and public safety officials issued a list of affected roads, there are others not on the list including personal roads and even driveways that can and have been affected. 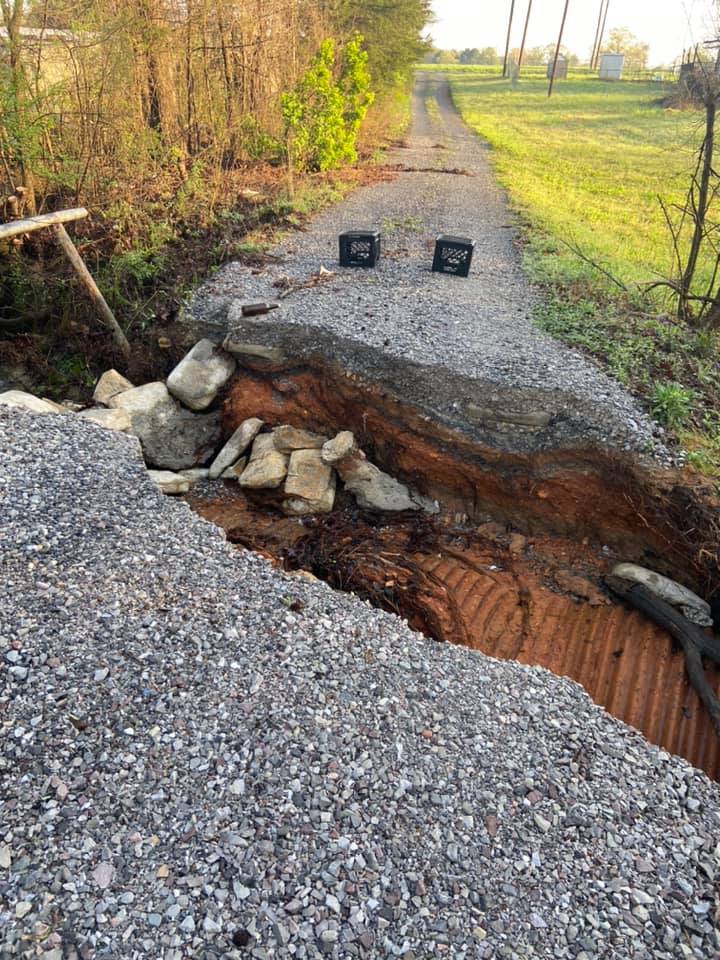 JoAnn Smith commented on the city’s photo, sharing her own photo of her driveway (pictured to the left) affected by a small creek. Any and all water flows have been affected and could potentially cause similar damage.

Pickens County Government has encouraged citizens to sign up for “Code Red Alerts” by taking a moment to fill out the information at the link. They stated, “Doing so will ensure that you are notified by your local emergency response team in the event of emergency situations or critical community alerts.”

Geological surveys in nearby areas showed rivers reaching over 12 feet in depth.

As the situation continues to unfold, citizens are encouraged to reach out to public safety for emergencies as the county continues clearing debris, repairing roads, and returning itself to safer conditions.