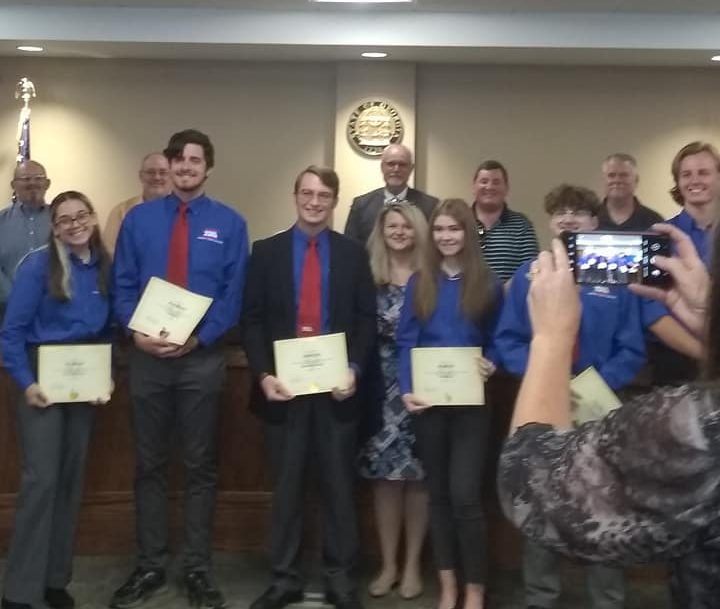 JASPER, Ga – The Pickens County Board of Education (BOE) discussed the proposed budget for 2021-2022 school year, as well as additional funds for Superintendent and bonus pay for contracted staff. There would be no significant changes to the current budget for the proposed $41,642.

The only thing currently not approved but is expected to be would be the federal art grant. The eleven new FY 20 federal grants range from $750 to $11 million. The art grant was the only grant still waiting to be signed. Ms. Smith also stated that every department was eligible to receive a grant as long as it was allowable but everything must be related to the ‘COVID’ pandemic. The school system is eligible to receive various grants ranging from $624 to 7.1 million dollars. but she went on to explain that no matter the amount of the grant they all required the same amount of paperwork. 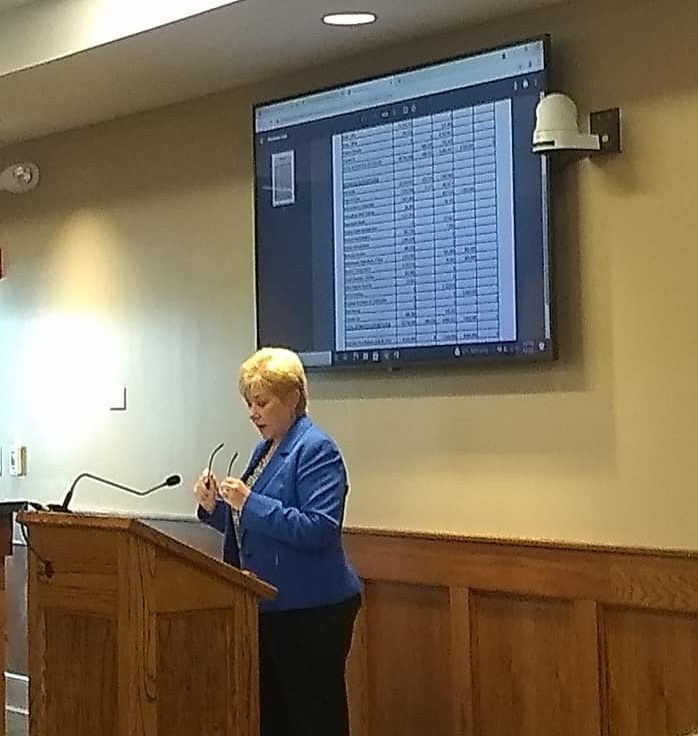 Amy Smith, Chief Financial Officer for the Pickens Education Board, explains the upcoming budget for the school year.

Amy Smith explained that even though the FY 20 grant came in late, it was still eligible to be used until June 2024.  All the grant money has to be reported annually and proven as to how it was used.  Their main goal was to get the students back to grade-level education. Many of the grants can also be used for transportation, food, instruction, and supplies.

During the public meeting, a handful of parents attended. One of the parents expressed a concern on whether or not any of the grants would be used for new HVAC systems for the schools.

Timothy Childree, a parent of one of the youngsters in the school system, expressed his concern about air quality. At that time Stacy Gilleland, Chief Operations Officer, explained that it had been looked into but was not needed at this time and the cost associated with the replacement of new units would not be cost-effective. The air quality was still at the expected level, and all equipment was in good working order.

Approved by the board was an increase in salaries (FY 22 salary schedule) for the non-technical staff employed in the education system, noting that to this date they had only received no more than an increase of $125 per year. Also approved by the board was FY 21 budget, approval of the spending resolution for August 2021, and approval of the FY 22 tentative budget. In addition, the board approved the funding of the “EdGenuity” online program for students grades 6 thru 12 at an estimated cost of $13,000. The panel also agreed to approve the cost of some surplus damaged tech equipment at one of the schools.

Also, present at the Board meeting was a group of six local high school students who received awards for their hard work and accomplishments in the field of Engineering and Biotechnology.  The students received awards from The Tech Student Association which recognized them in the tech field for their various achievements. Two of the awards were for ‘Bio-Tech Design’ and the ‘Chapter Team’ award among others.  The certificates were awarded by Destini Shope, Director of Community Engagements. 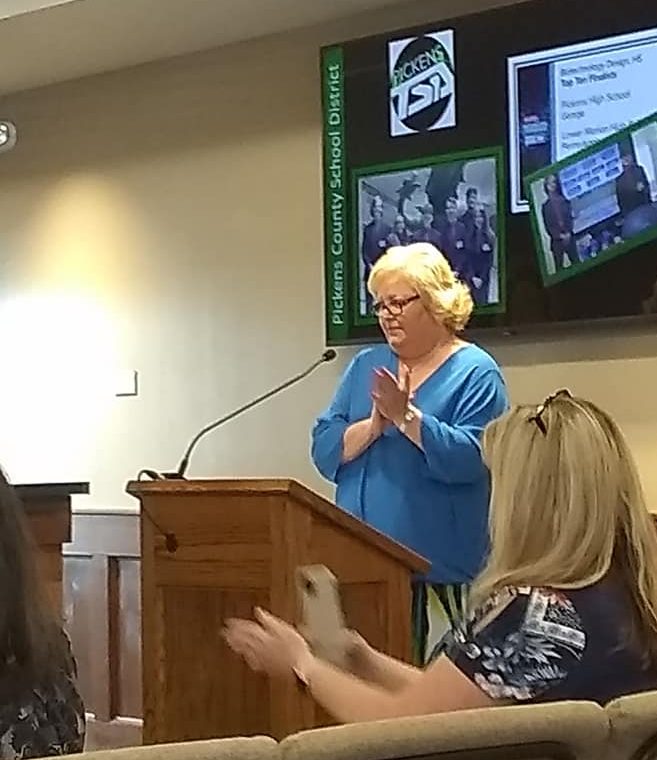 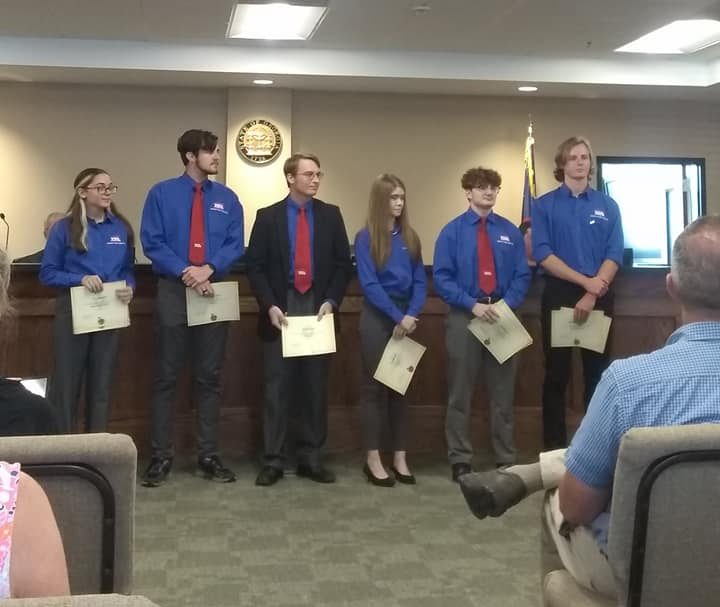 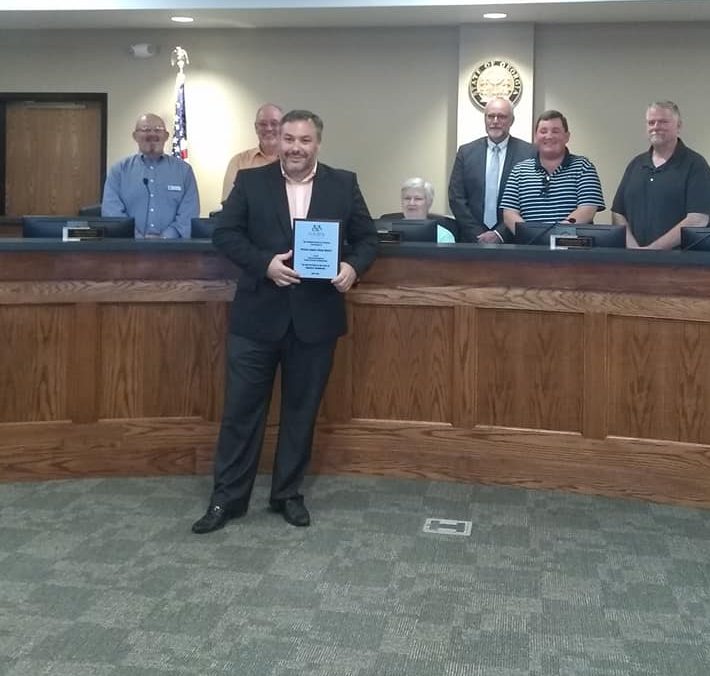 Chris Parker is seen here receiving his award at the meeting for writing the student handbooks.

I am a native of N.H but more recently lived in Florida for most of my life recently moving to Georgia. I am a graduate of Concord, N.H. High School and also the N.H. tech Institute. I raised three children, my youngest being a Florida Highway Patrolman in Gainesville Fl. I love the mountain life and enjoy writing, walking, motorcycles and most outdoorsy activities. I love meeting new people and making new frineds because everyone has a story!