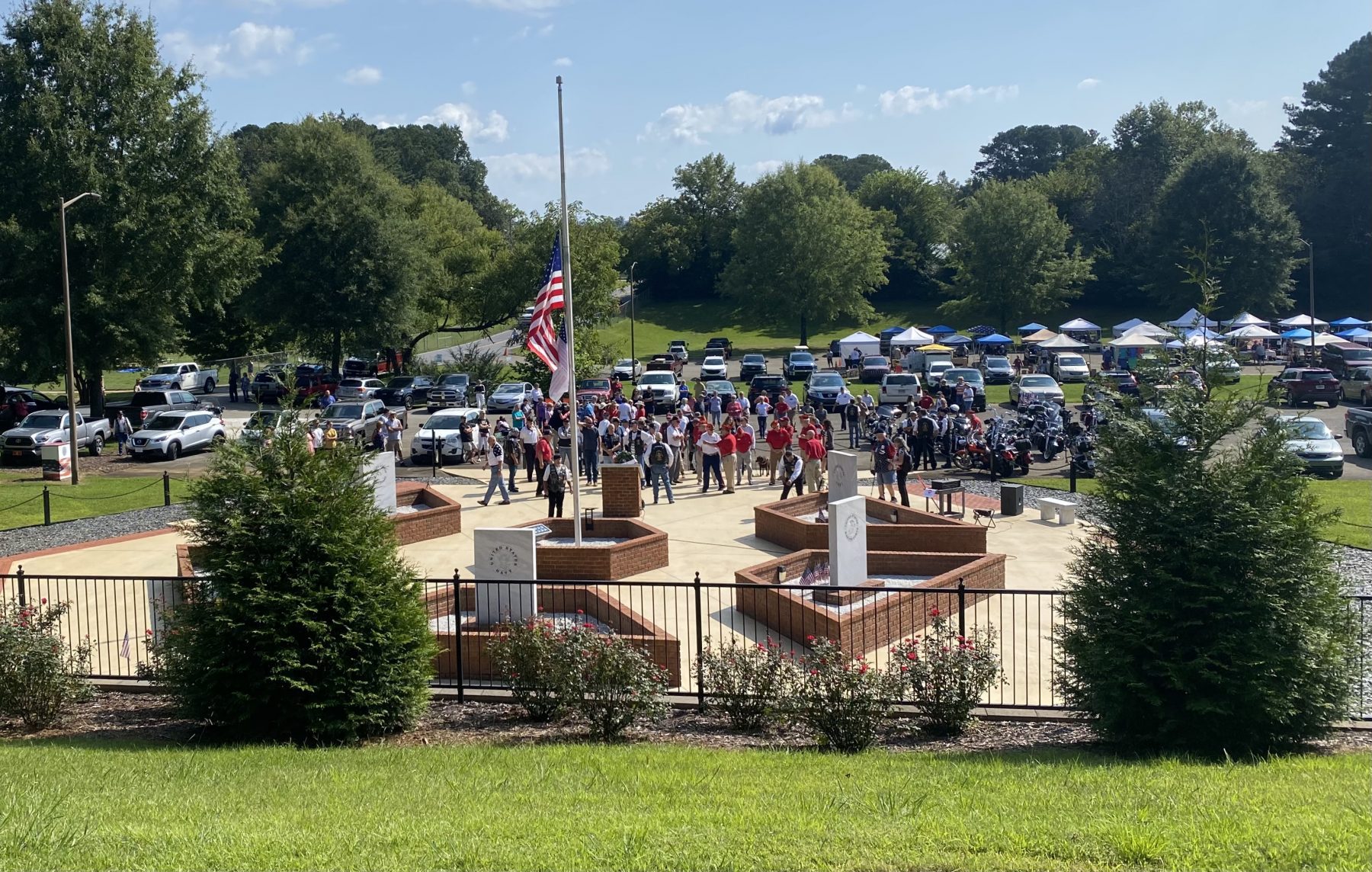 PICKENS, Ga. — A memorial event was held at the Pickens County Veterans Memorial Park to honor the twentieth anniversary of the 9/11 terrorist attacks.

The event began with the Pledge of Allegiance and a prayer. After, State Representative Rick Jasperse gave a short speech. He highlighted the bravery of the first responders who ran into the World Trade Center during the immediate aftermath of the attacks. “We must continue to tell the story of what really happened that day,” Jasperse told the crowd. He also paid respects to the passengers of United Airlines Flight 93, who regained control of their plane and prevented a fourth attack. 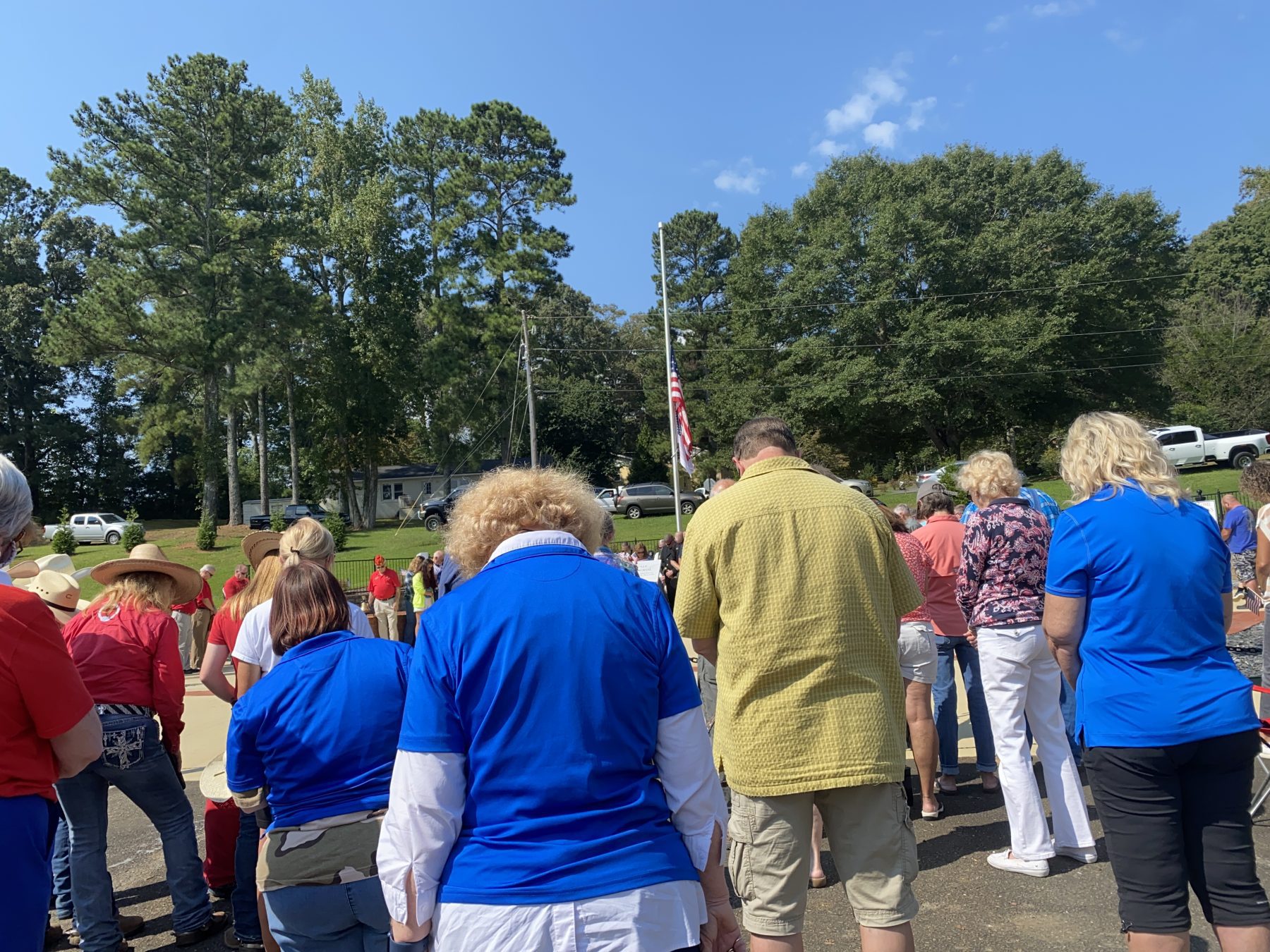 The crowd bowed their heads while a prayer was said for the victims of 9/11.

Commandant Bill Craig of Marine Corps League Detachment 1280 then gave his own speech. “Twenty years ago, the world changed forever,” he remarked. During the speech Craig honored those who lost their lives and the families they left behind. He specifically mentioned the approximately two thousand children who lost a parent during the attacks.

Craig urged the crowd to remember the unity felt by all Americans on 9/11 and to never forget: “Remember the firefighters who ran into the fire. Remember the souls that never came out. Remember the heroes on Flight 93. Remember our Pentagon burning. Remember those who left the safety of their homes to go into danger to help in any way they could. The world will never forget the innocent victims and the brave heroes that saved them.”

Respect for all veterans was a part of the memorial event. Craig asked the crowd to pray for the veterans who are still fighting battles, both at home and abroad. He then asked them to bring awareness to suicide among veterans. The 13 U.S. service members who recently lost their lives during the U.S. withdrawal from Afghanistan were also recognized.

Craig made a final request before the closing prayer, saying, “Never forget that we are one nation under God.” As the memorial event came to an end, Pat Gallagher played the bugle call “Taps” as a commemoration to the lives lost twenty years ago.