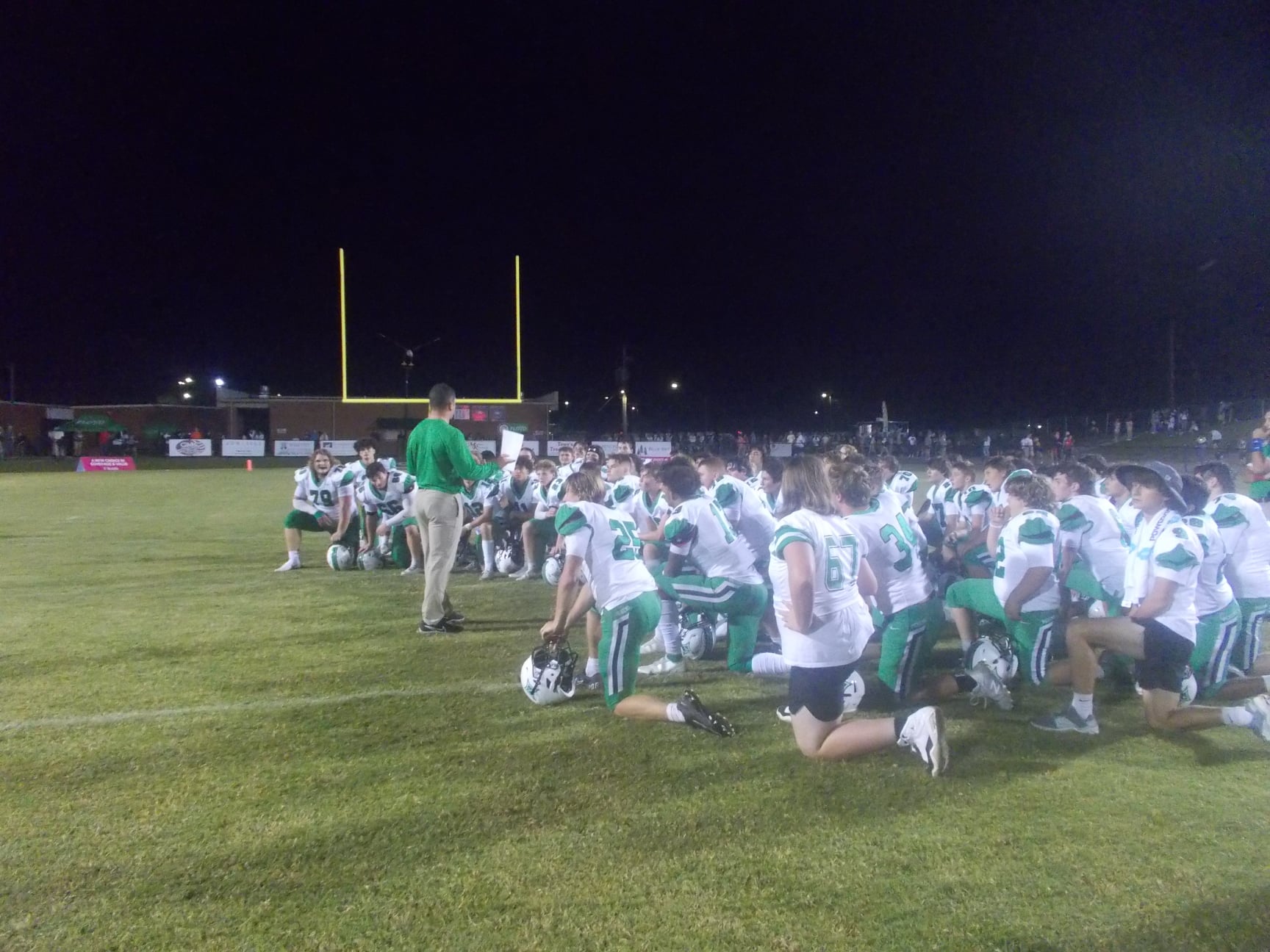 Rome, Ga — It was a beautiful day for high school football on Friday, September 10th as the Pickens Dragons made the long trip over to Rome to take on the 2A Coosa Eagles in non-region action. These two teams have a brief history with one another having only played 5 times. The Dragons, coming into this one, had won the previous three meetings. Pickens, looked to bounce back after a tough loss last week to White County. Coosa, came in looking for their first win of the season after games against Trion and Armuchee. Behind a strong defensive effort, that included five takeaway’s, Pickens came away with a 34-10 win.

The opening kickoff saw the first turnover as the game. As Coosa was returning the kick, the Dragons forced a fumble and recovered it. Pickens cashed in on that turnover as Sam Striecher found Devin Hand in the corner of the end zone for the touchdown. Hand went up and over the defender to catch the pass. The PAT was blocked and with 10:44 left in the first quarter, the Dragons led the Eagles, 6-0. Pickens, added to their lead later on in the quarter as Hand found the end zone again. Hand, took the snap under center and got in from 2-yds out. The PAT was good this time around and the Dragons took a 13-0 lead into the second quarter. 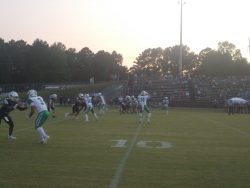 Both teams had shots in the second quarter, but were unable to come up with anything. Coosa, picked up their first points of the game as they hit a 27-yd field goal. With 5:13 left in the first half, Pickens now led the Eagles, 13-3. Just prior to halftime, Streicher found his target Marcus Pike, for a 13-yd touchdown. The PAT was good, and the Dragons took a 20-3 lead into the break. 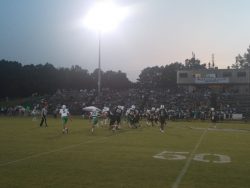 The Dragons defense making the tackle

The Dragons wasted no time adding to their lead as they began the third quarter. After perfectly fielding the onside kick attempt, Pickens made quick work of their first possession in the second half. Streicher, hit Hand on the screen play, and Hand did the rest as he took it 55-yds for the touchdown. The PAT was once again successful, and the Dragons held a 27-3 advantage. That would be all the scoring that took place during the third quarter, and we’d head to the fourth quarter with Pickens ahead, 27-3. 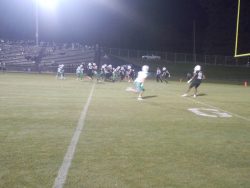 Dragons looking to run the ball

Seconds into the fourth quarter starting, Anthony Antinozzi picked off an Eagle pass attempt and took it all the way for a Dragon touchdown. The PAT was true and Pickens held a 34-3 lead with 11:51 left in the ball game. Coosa, got into the end zone with a 39-yd touchdown run. Your final score from Coosa High School, Pickens 34 Coosa 10.

With the win, the Dragons now move to 2-1 on the season. Pickens, will be back home next week as they welcome the Union County Panthers to Jasper. It’ll be the 12th all-time meeting between these two schools. This will be the final non-region game for the Dragons before 7-AAAA play begins on October 1st.