JASPER, Ga. – Expansion, Developments, Density, Population, Zoning, Regulations, Restrictions, and Urbanization have all been connected terms used in a hot topic across the region in recent days, especially in Pickens and Gilmer Counties.

Citizens have gone so far in Gilmer County as to protest larger developments and some have banded together in the Keep Gilmer Rural (KGR) group. Pickens County has also seen  citizens speak out against developments and subdivisions. Citizens are reaching out this weekend in concerns over what is reported as 270 apartments being developed just off of Highway 515. This development is currently moving through the governmental process and should be voted on by the Jasper City Council tomorrow, October 4, 2021.

But citizens aren’t waiting passively, instead voicing concerns to council members and to media outlets like FYN about issues of water and location.

The Jasper City Council has yet to post the agenda for the meeting, but FYN’s current understanding is that the item will be discussed at the meeting and voted on. 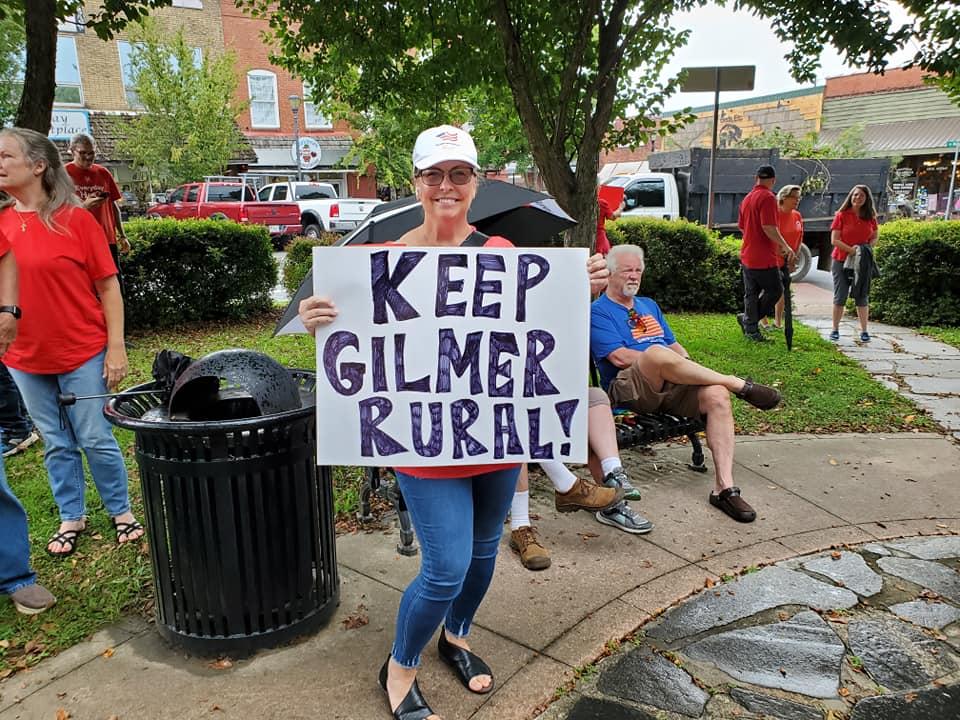 The KGR group organized a protest in Gilmer County before a Planning and Zoning Meeting debating over large developments in August 2021.

Gilmer residents having voiced concerns over developments, spoken in meetings and online, and even protested against the issue, saw the Gilmer Board of Commissioners look to changes for future developments of larger size. Those changes are on delayed implementation, but the Commissioners have gone through several monthly meetings and even special called meetings deliberating the issue and listening to repeated calls for action of certain issues from numerous different people.

Some citizens in Gilmer are even watching the Jasper City Council on this current issue to see the outcome of its close neighbor due to the similar issues with developments and citizens wanting to keep their county/city more “rural.” After the KGR Protest in Gilmer in August, several people online called for similar action in their areas, even commenting from Gilmer’s northern neighbor Fannin County.

Still others are commenting online about the populations of these counties and the need for something more. Some have spoken in meetings as well. Other comments call out people who are speaking at as people who move to these rural counties and are the same ones asking local leaders to “lock the doors behind them.”

While a Board of Commissioners does not affect or dictate ordinances within city limits and a City Council, likewise, does not dictate outside the city limits, the two entities of Gilmer’s BOC and Jasper’s City Council do operate on similar structures having zonings and developments like this go before a zoning board for recommendations before they give a final vote.

The Jasper City Council meeting will be held at City Hall at 6 p.m. tomorrow, October 4, 2021.