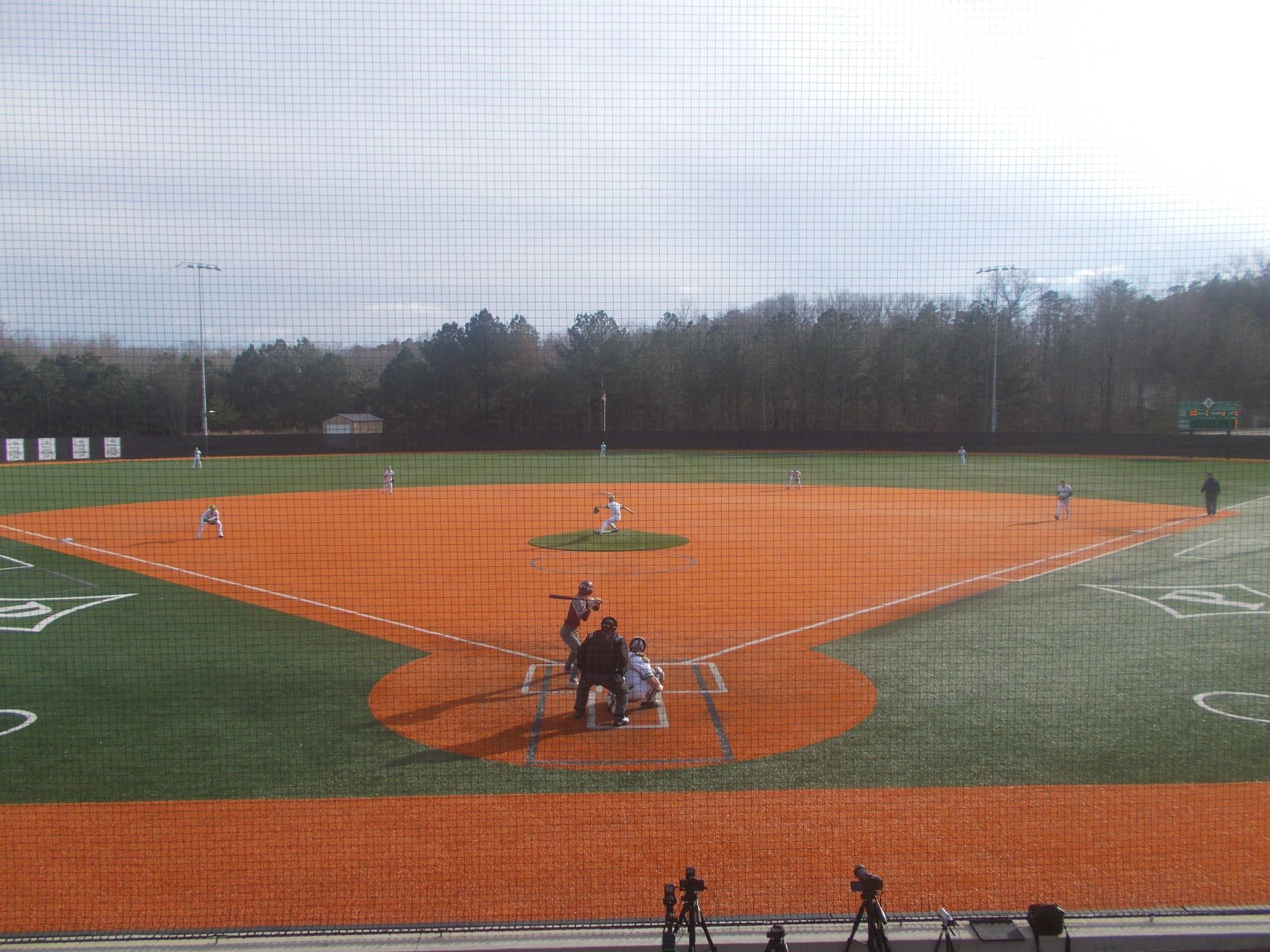 Jasper, Ga — It was time to start region play for the Pickens Dragons baseball team as they began a three game series with the Central-Carroll Lions on Wednesday, March 9th. Due to the rain that came in on Tuesday, the original schedule was adjusted a bit. The Tuesday game, was moved to Thursday, and the doubleheader that was originally scheduled to be played on Thursday at Central-Carroll, would now be played at Pickens. Coming into the game, the Dragons were 5-3 after a tough loss to Lumpkin County last week. The Lions, came in at 7-3, but were also coming off of a tough loss to Walnut Grove. Central-Carroll also came in ranked at #8 in the 4A poll. In a tightly played first game, the Dragons came away with a 3-2 win.

Connor Shouse took the mound for the first game of the doubleheader and he pitched very well for the Dragons. In the top of the first, the Lions collected a couple of hits, and a a run to take an early 1-0 lead. In the bottom of the inning, the Dragons went down in order and we’d head to the second, with Central-Carroll leading 1-0.

In the top of the second, Shouse picked up his 3rd and 4th strikeout of the game. The Lions were able to bring in another run to extend their lead to 2-0. In the bottom of the frame, the Dragons again went down in order. Going to the third, Central-Carroll held a 2-0 lead.

In the top of the third, Shouse picked up his 5th strikeout of the game and kept the Lions at bay to send it to the bottom of the inning. In the bottom half of the third, Pickens had their first base runners of the game as James Tilley drew a walk and Cade Sutton reached on a fielder’s choice. Central-Carroll worked around it and we’d head to the fourth with the Lions still ahead, 2-0.

In the top of the fourth, Shouse picked up his 6th and 7th strikeout of the game as he continued to shut down the Lions offense and keep the game within striking distance. In the bottom of the fourth, the Dragons worked some 2-out magic. Harlan Will reached on an error. Then, Tyler Payne was hit by a pitch. On a 2-2 count, Anthony Antinozzi laced one into the left center field gap. That double brought home courtesy runners Ethan Gemberling and Cason Cannon to tie the game up at 2. Tilley, was able to reach first after a dropped third strike. Antinozzi would advance to third and Tilley would advance to second after a wild pitch. The Lions were able to get out of the fourth with the game still tied at 2.

After giving up a walk to begin the top of the fifth, Shouse forced two ground outs and a fly out to send us to the bottom half of the frame. In the bottom of the fifth, Shouse reached third after a 1-out triple. Trace Ledbetter was then hit by a pitch. Trey Payne knocked one over to the right side of the diamond and brought in Shouse to give Pickens a 3-2 lead going to the sixth.

Nunn, came back out for the top of the seventh to try and close the first game out. And close it out he did as the Dragons come back to take game 1 of the doubleheader and the series, 3-2.

Stats for the Dragons:

Connor Shouse: 1-3 with a triple and 1 run scored