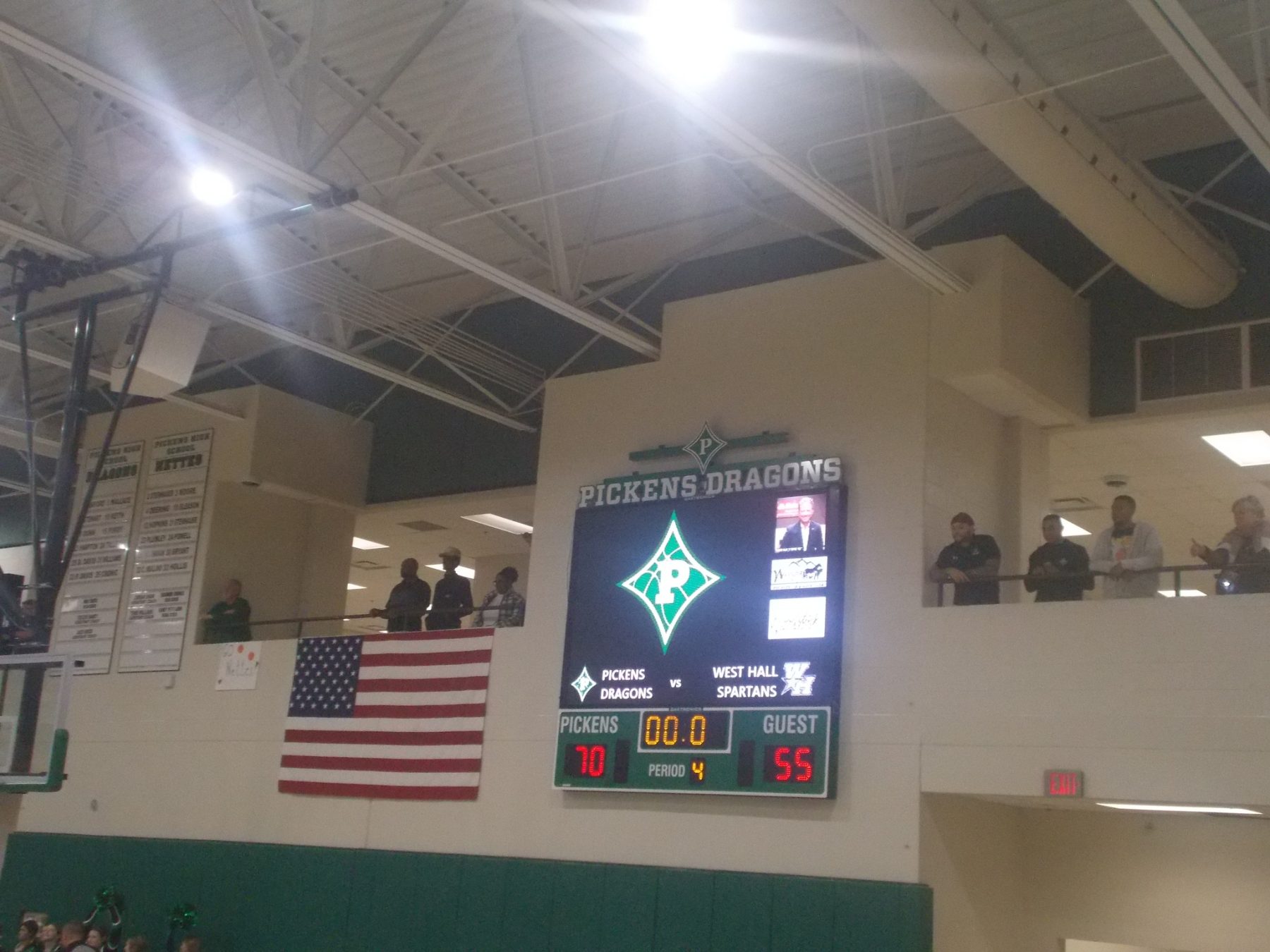 Jasper, Ga — It was time for the boys game on Tuesday, January 17th between the Pickens Dragons and the West Hall Spartans. Much like the Nettes, the Dragons had gone through a tough stretch losing to Northwest Whitfield, close 1-point games to Sonoraville and White County, and then to Wesleyan. The Dragons, turned things around in the second quarter and never looked back as they picked a big 70-55 win over the Spartans.

In the first quarter, the Spartans got things going with a layup by Quintavous Reid to make it 2-0. Camden Dunn tied it up as he made a cut to the basket for the lay in. Isaiah Holder and Andrew Malin both hit a pair of free throws to give West Hall a 6-2 lead. Dunn picked up his second basket of the game to cut it to 6-4. Zach Stephens, extended the Spartan lead back to four with a bucket to make it 8-4. After Caleb Keith split a pair of free throws to cut it to 8-5, the two teams traded three point makes to give West Hall an 11-8 lead going to the second. 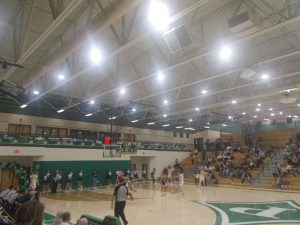 Dragons on offense against the Spartans

Stephens, hit a pair of free throws to begin the scoring in the second quarter to give the Spartans a 13-8 lead. Senior Jaden Stewart, picked up his first points of the game as he hit a three pointer to make it 13-11. After West Hall got a bucket from Owen Jenkins, and a pair of free throws from Malin, the Dragons went on a 7-0 run sparked by a basket by Stewart, and 5 straight points from James Tilley to give the Dragons their first lead at 18-17. That first lead was short lived as the Spartans got back to back three pointers from Ethan Clifford and Ian Pardue to make it 23-18.

The Dragons responded with a three pointer from Caleb Lanford, a bucket by Stewart, and another three by Tilley to give Pickens a 26-23 lead. A basket by Holder to cut it to one, Dodge Davis, went on a 4-0 run to close out the first half to give the Dragons a 30-25 lead going into the break. 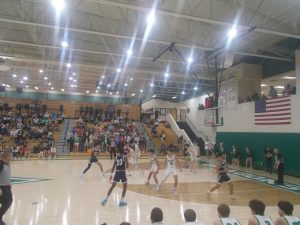 To begin the second half, the Dragons went on a 7-0 run. Lanford, got the scoring started with a three, McCord Purdy, made a layup, then Senior Kadyn Hampton, picked up his first points with a bucket to make it 37-25. Malin, ended the run with a basket to make it 37-27 Pickens. Later on in the third, with the Dragons up 43-33, Lanford and Tilley teamed up to hit back to back three pointers to close out the quarter to make it 49-33 Pickens going to the fourth. 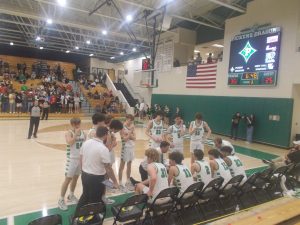 Dragons talking it over in the third

The Spartans, went on a 5-0 run to to begin the fourth quarter to make it 49-38. Hampton, ended the run with a bucket to make it 51-38. The two teams then traded baskets with the lead getting as high as 18 for the Dragons. Pickens, picked up a big win in terms of the region standings as they defeat the West Hall Spartans, 70-55.

The Dragons, head back on the road on Friday, January 20th as they make the short drive up to Ellijay to take on the Gilmer Bobcats. The in season series is tied at one a piece, with this last game being the most important. Pickens sits just ahead of Gilmer in the region standings. It should be an action packed game as are the majority of these games. Tip off set for 8:30.