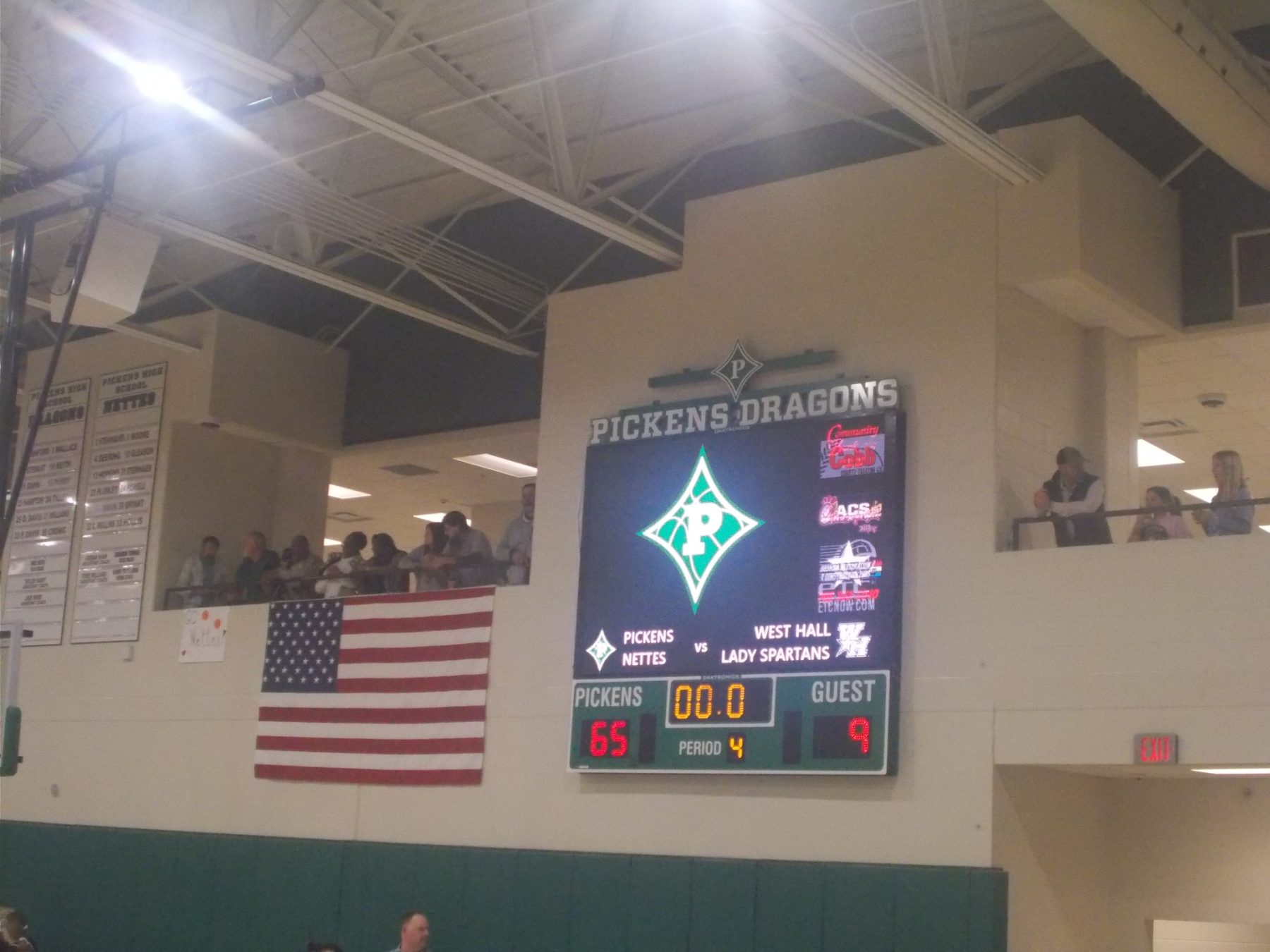 Jasper, Ga — It was a rough week for the Pickens Dragonettes last week as they dropped three straight road games against Sonoraville, White County, and Wesleyan. On Tuesday, January 17th, they were back at home as they welcomed the West Hall Lady Spartans to Roy Cowart Court for a 7-AAA match up. It was also a reason to celebrate because it was also Senior Night. All three seniors had big nights as the Nettes got back on the winning track defeating the Lady Spartans 65-9.

The Nettes got off to a quick start in the first quarter as Senior Madison Powell began the scoring with a layup. Bella Hopkins then hit a three pointer, and Caroline Mullins made a pair of free throws to make it 7-0. Powell, got her second bucket of the quarter to make it 9-0 Nettes. After a bucket by Summer Orlick to put West Hall on the board, Pickens went on a 6-0 run getting baskets from Mullins and Hopkins to make it 15-2 going to the second. 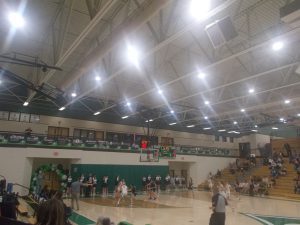 Nettes on offense in the first quarter

The second quarter began with the Nettes continuing their run they ended the first quarter with as Mullins hit a pair of free throws, Hopkins, Emery Bryant, and Senior Adrienne Plumley all made buckets as all together it was a 14-0 run to make it 23-2. After Orlick got a crazy shot to fall, she converted the and-1 attempt to end the run and make it 23-5. Pickens, went on another 6-0 run as Plumley, Hopkins, and Brylee Deering made baskets to make it 29-5. Just before the end of the half, Xitlally Villeda split a pair of free throws to make it 29-6 Nettes going into the break. 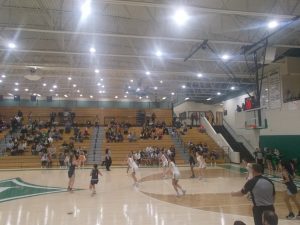 To start the second half, Pickens went on a big run. The run started with Plumley who got her 5th and 6th point of the game. Then the Nettes would hit 4 straight three pointers as Emmie Moore, Mullins, and Emery Steinhauer, who hit two back to back. Emery’s sister Ellison, decided she wanted to get in on the act and she made a bucket for her first points of the game to make it 45-6. Cayla Radich, ended the Pickens run with a basket to make it 45-8. Pickens, got two free throws to end the third and it was 47-8 Nettes going to the fourth. 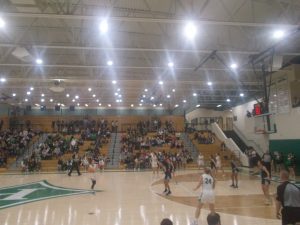 Nettes with the ball in the second half

A free throw by Mullins and a bucket by Emory Bryant got the fourth quarter started for Pickens as they went up, 50-8. After Orlick split a pair of free throws to make it 50-9, the rest of the shortened fourth quarter became the Madison Powell and Emma Gleason show. Senior Emma Gleason, got her first points of the game with a layup. Powell followed up with a bucket and a three pointer. Gleason, then scored the last six points of the game as the Nettes got back to their winning ways defeating the West Hall Lady Spartans, 65-9.

Leading Scorers for the Nettes:

The Nettes, will be back in action on Friday as they head to Ellijay to take on the Gilmer Lady Cats in another 7-AAA game. Pickens, has already won the season series between their 515 rival, but will look to go for the sweep on the road. Tip off is set for 7 pm.