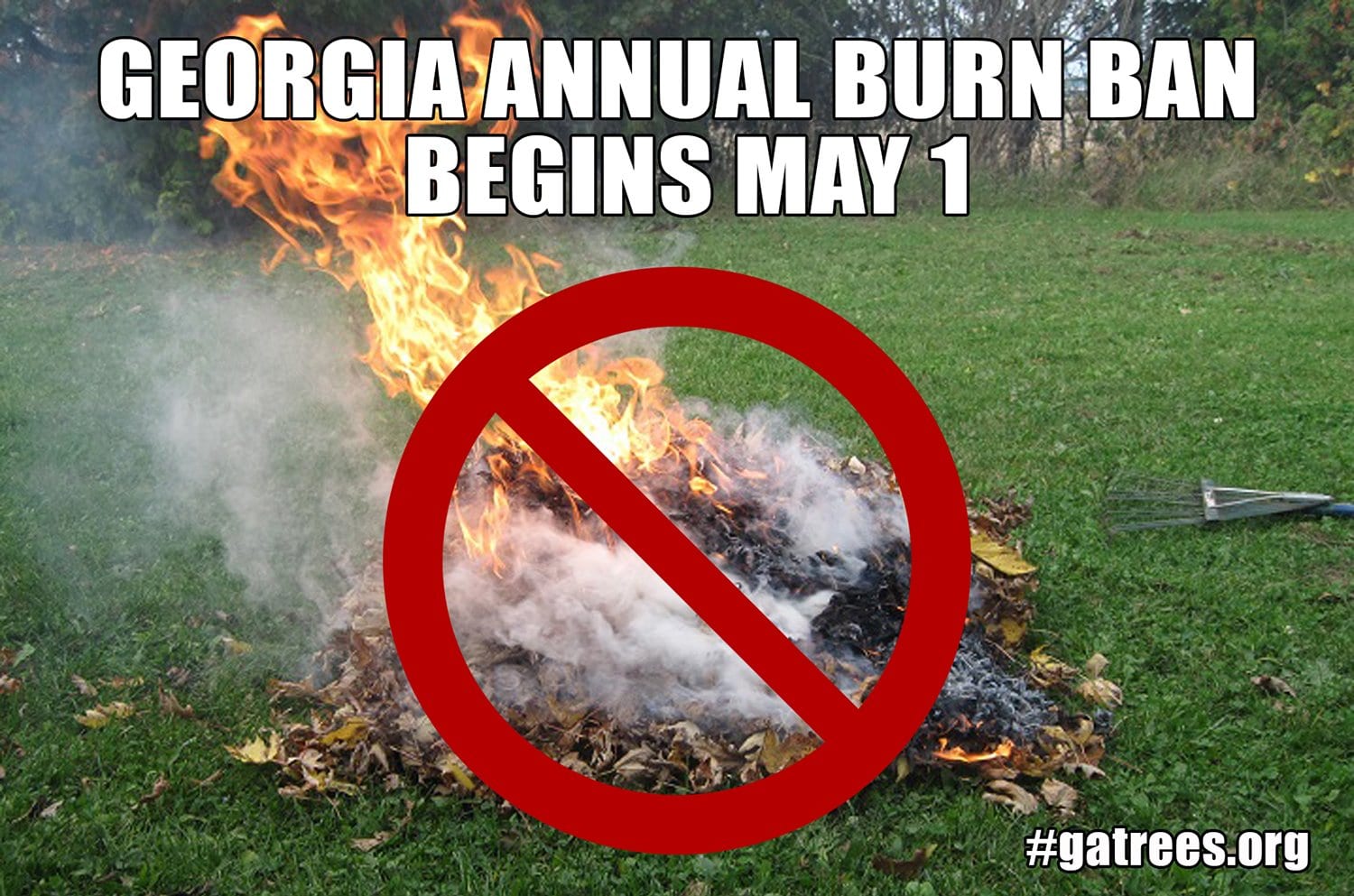 On May 1, a ban on outdoor burning begins in 54 Georgia counties, primarily in the northern half of the state. Affected residents are asked to refrain from burning yards and land-clearing debris during the hot summer months because smoke can negatively impact the state’s air quality by contributing to high ozone levels. These conditions have been linked to lung and heart disease in humans.

Residents in counties not included in the annual burn ban will continue to be required to secure a burn permit from the Georgia Forestry Commission (GFC) before conducting any outside burning. Permits can be requested online at GaTrees.org or by calling the local office of the GFC.

“Georgia’s 25 million acres of forestland serve a giant air purifier,” said Georgia Forestry Commission Director Tim Lowrimore. “We can help them do their work by recognizing the burn ban and enjoying the many benefits Georgia’s trees and other natural resources give us in summer and all year long.”

For more information about the burn ban, the many benefits of trees, and services of the Georgia Forestry Commission, visit GaTrees.org.