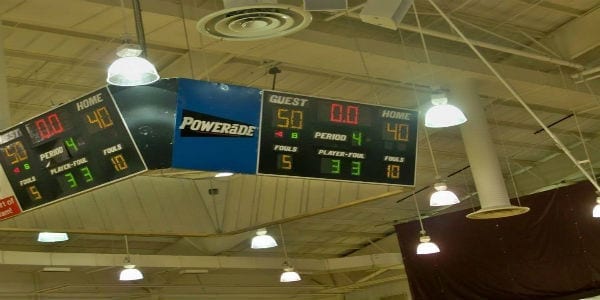 Saturday, the Dragons varsity basketball team traveled to take on the Tigers of Dawson County High School in non region play. Pickens, still riding the momentum of beating their rivals, the Gilmer Bobcats, looked to continue their winning streak and avenge one of their two losses on the season. It was a four quarter battle won by the Dragons.The Dragons came out and got the offense going quickly as they pounced on the Tigers in the opening quarter and held a 17-7 lead going to the second quarter. Not to be outdone however, the Dawson offense got it going hitting three after three and the defense held the Pickens offense to just 6 points as it was the Tigers taking a halftime lead of 27-23. The Dragons came out for the third quarter refocused and took the lead back outscoring Dawson 13-9, to hold a 36-32 advantage going into the fourth and final quarter. Pickens would double the Tiger point total in the fourth outscoring them 16-8 to win their fourth straight ball game, 52-40.

Leading the way for the Dragons Saturday were:

Walker Lawrence would chip in 4 points

The Dragons now will turn their attention to 7AAAA region foe, the Bruins of Northwest Whitfield, as they host them Tuesday evening. Tip off is scheduled for 7:30.