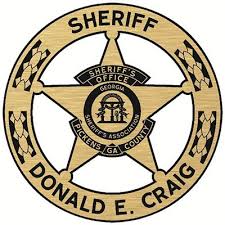 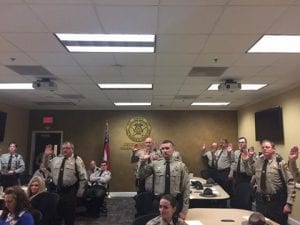 During the administration of the Oath of Office to Deputies and Detention Officers of the Pickens Sheriff’s Office, Sheriff Craig recognized Lt. Chris Webb as the Division Commander of the Criminal Investigations Division. He also took the time to recognize one of our newest Sergeants in the Adult Detention Center, Sgt. Chris Bruce. 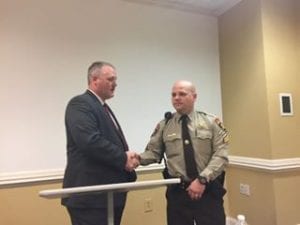 In addition to Oaths and promotions, Lt. Tucker and Sheriff Craig recognized Deputy Jaques and Detective Romine for their incredible effort that led to the arrest of six store burglars that were striking out convenience stores.

After presenting a letter of recognition, a commendation from The Jasper Police Department was also sent to recognize their efforts. 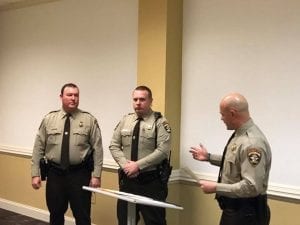 While swearing staff in, Sheriff Craig spends some time recognizing Lt. Chris Tucker for his appointment as the Division Commander of the Uniform Patrol Division. 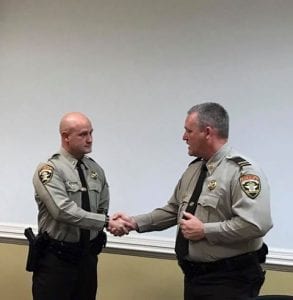