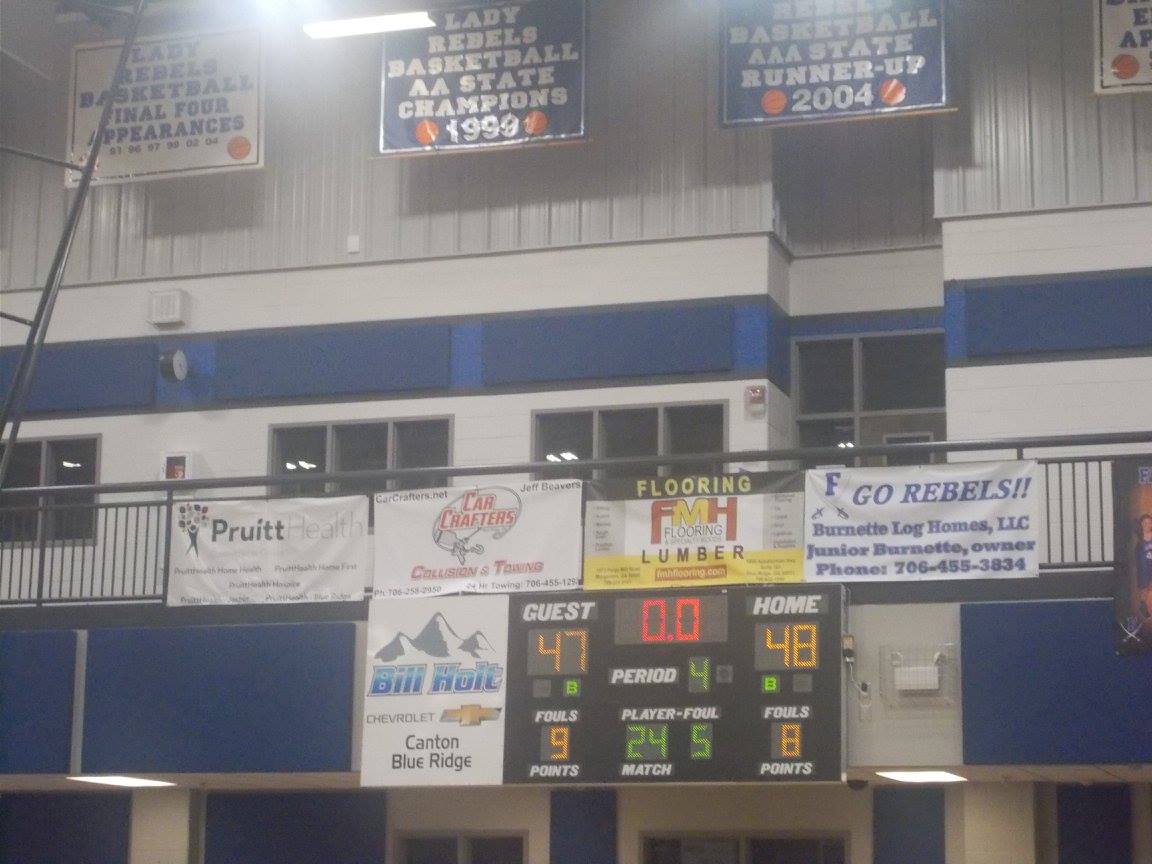 Yesterday afternoon, the PHS Dragonettes varsity basketball team made the hour or so trip up north on 515 to Fannin County High School to participate in the annual Thanksgiving Tip-Off Tournament. Their first opponent, the Gilmer Lady Cats. Much like anything involving Pickens & Gilmer, this one did not disappoint.

In the opening quarter, both teams took a bit to get going with the mid afternoon tip. The ‘Nettes were able to get a hold of a 7-6 lead going to the 2nd. In the 2nd quarter, the scoring would pick up for both sides. Pickens outscored the Lady Cats 18-12 in the 2nd to take a 25-18 lead going into the break.

The action really picked up in the 2nd half, starting with the 3rd quarter. Gilmer, would slowly claw their way back into the game after outscoring the ‘Nettes 15-14 in the 3rd to cut the lead down to 39-33 going to the 4th and final quarter. Despite the Lady Cats outscoring Pickens 14-9 in the 4th, the ‘Nettes final two points was the most important. With Gilmer ahead 47-46, the ‘Nettes got a steal from Torie Williams. Williams then drove the length of the floor, & passed it off to Mykenzie Weaver for the game winning layup with 6 seconds left to give Pickens the 48-47 win.

Leading the way for Gilmer was:

Leading the way for Pickens was: