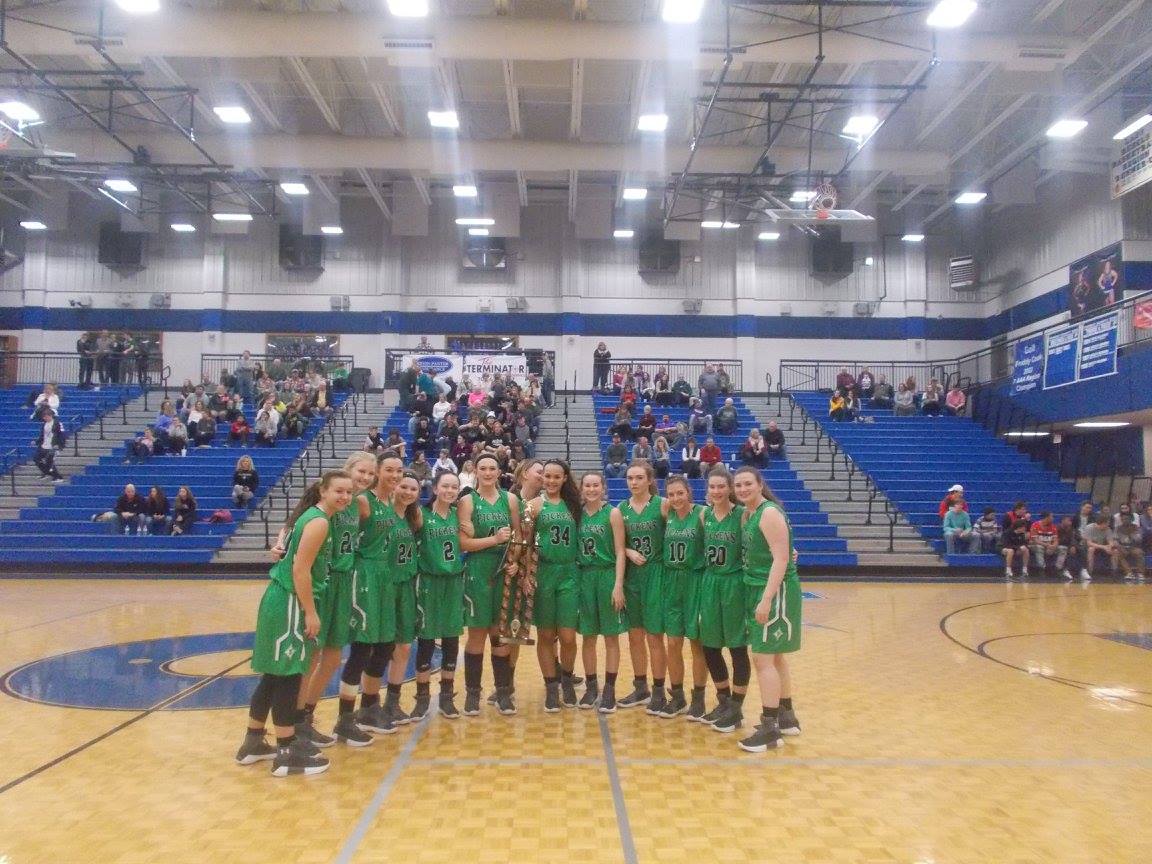 In a late afternoon match up, the PHS Dragonettes varsity basketball team made their way up to Blue Ridge one last time to take on the host team, the Fannin Lady Rebels, in the Girls championship game for the 2017 Mountain Top Holiday Classic. These two teams met in November for the Thanksgiving Tournament title held in Fannin & Pickens came away the victor.

The 1st quarter of this championship game was a tight one. Both teams found scoring, but it was a battle to get those points as both were sound defensively. The ‘Nettes held a 9-8 lead over Fannin going to the 2nd quarter. In the 2nd, it remained close as Pickens held a slim lead going into the break. The ‘Nettes used a 14-11 quarter advantage to increase their lead to 23-19 over the Lady Rebels.

It would start to get a little chippy in the 3rd quarter as there were multiple technical fouls handed out by officials. Through all of the physical play, Pickens outscored Fannin in the 3rd, 14-11, to take a 37-30 lead into the 4th and final quarter. In the 4th, the Lady Rebels would try to rally. Every time Fannin would get within striking distance, the ‘Nettes would get a stop on defense, or make a shot. Pickens, was able to hold off the Lady Rebels to get the win 49-44, to capture the 2017 Mountain Top Holiday Classic.

Leading the way for the ‘Nettes were:

The ‘Nettes, finish 2017 at 11-2, and will have most of next week to rest and prepare for their next game this coming Friday night when they welcome the Southeast Whitfield Lady Raiders to the Dragons Den for a region match up. Tip-off is scheduled for 7 pm.