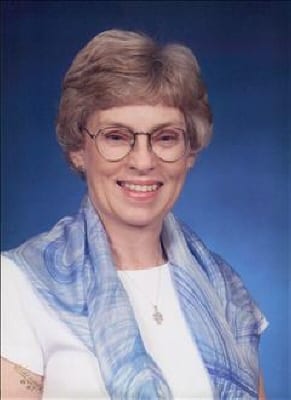 She was the wife of Frederick Scanling, whom she met and married in Druid Hills United Methodist Church in Atlanta. They had two sons, John and Paul, both of whom were baptized in Druid Hills. She taught mathematics in middle and high school for twenty-five years. After retirement, they moved to Big Canoe, where she participated in several activities.

She died from complications from several conditions on October 13, 2018, in hospice in Stockbridge, Georgia. She is survived by her husband Fred; son John and daughter-in-law Whitney; their sons Cody and Cole; son Paul and daughter-in-law Jennifer; their children, Sara and Allen; and her brother Julian and his wife Hazel.

Funeral services will be held 11:00 a.m. on Friday, October 19, 2018 at the Big Canoe Chapel. Marcia Cochran, Len Walker, and Lamar Helms will officiate. Private burial will be held in the Wagner plot in Westview Cemetery in Atlanta.

Judy worked for several years in Medical Records at Good Samaritan Health & Wellness in Jasper, to which contributions will be gratefully received.