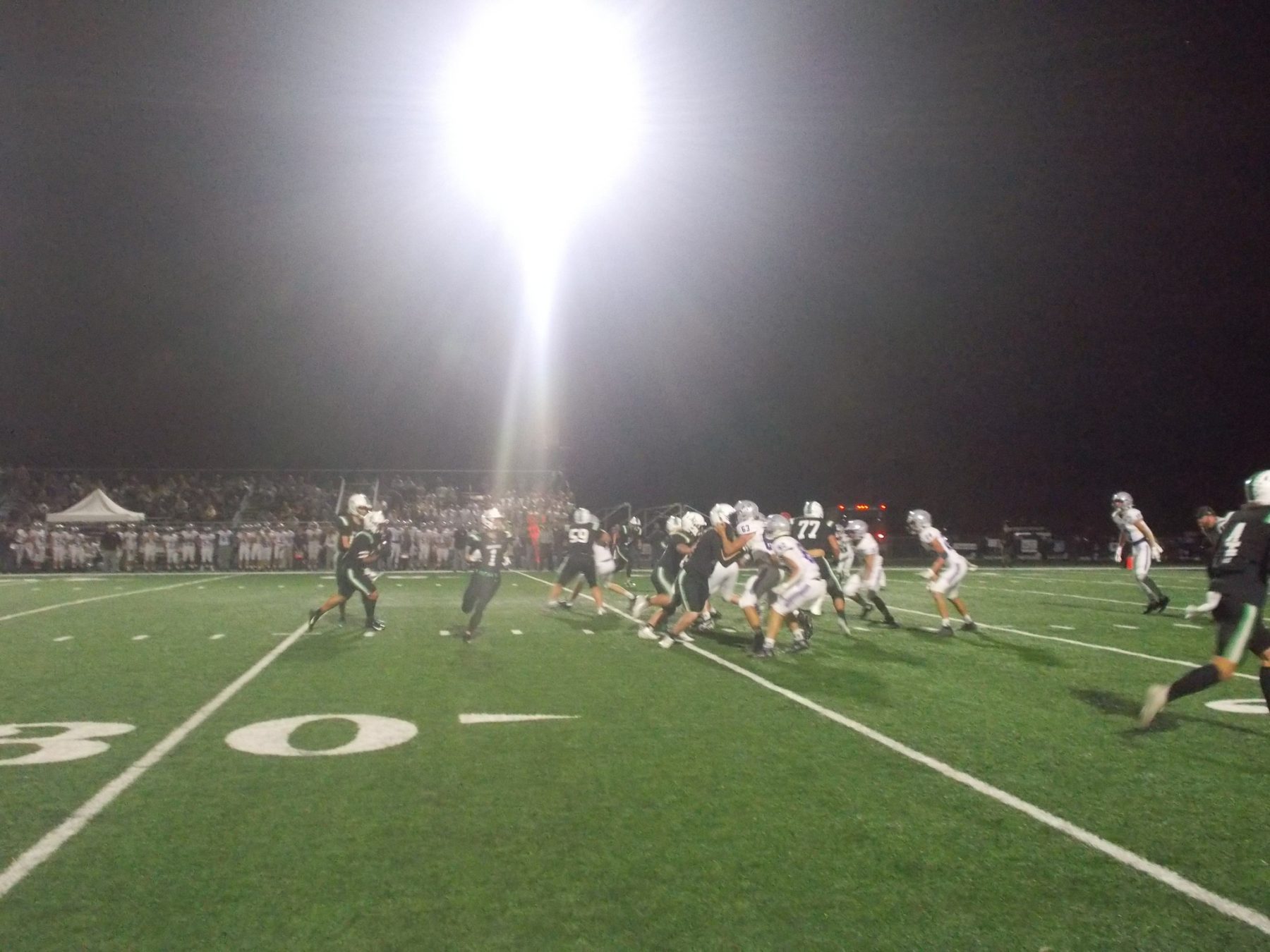 Jasper, GA — It was a cooler October night in Jasper as the Pickens Dragons welcomed their long time rivals, the Gilmer Bobcats. It was the first time these two teams have met since 2020, and the 64th all time meeting. Coming into the game, the Bobcats lost a tough one to the Lumpkin County Indians. The Dragons, came in off a bye week looking to right the ship a bit having lost two straight, and only scoring 7 points in the process. Pickens, got a big time boost from it’s run game and defense to lead them to a 27-10 win over Gilmer and their 8th win in a row in the series.

The Bobcats, got the ball first to begin the ball game. The Dragons, got the stop and gave the offense the ball for the first time. After a great drive by the offense, that included a halfback pass, Pickens got into the end zone with a 2-yd run by Kadyn Hampton. The PAT was good and the Dragons took a 7-0 lead with 5:54 left in the opening quarter. 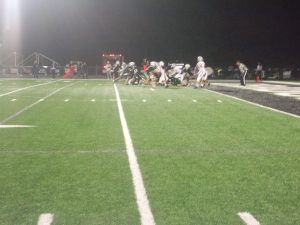 Dragons looking to punch the ball in

Gilmer got the ball and were driving down the field as the first quarter came to an end. A great defensive stand by the Dragons left the Bobcats with a 24-yd field goal attempt. The field goal was good and Gilmer cut into the Pickens lead, 7-3, with 11:57 left in the first half. After a bit of a back and forth, the Dragons added to their lead after QB Sam Streicher tossed a screen pass to Colby Brooks and Brooks took it the rest of the way for a 79-yd touchdown. The PAT was good and with 4:37 left in the first half, Pickens led Gilmer, 14-3. After stopping the Bobcats on 4th down near mid-field, the Dragons were looking for more. Gilmer’s defense did a good job themselves stopping Pickens on 4th down as the Dragons also picked up an unsportsmanlike conduct penalty to help the Bobcats with field position.

After a good run by Brock Titus, QB Issac Rellinger heaved the ball into the end zone as time expired in the first half and Will Kiker was able to come down with it. The PAT was good and we headed into the half with the Dragons leading the Bobcats, 14-10. 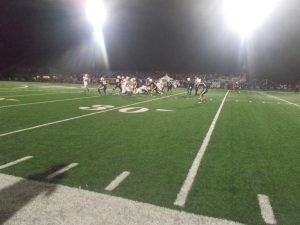 In the third quarter, there was no scoring, but the physicality, especially one that comes with the territory of a rivalry game, was definitely there during the quarter. As the quarter was coming to an end, the Dragons offense, with big help from their run game, got down close to the end zone as they headed to the fourth, still up 14-10. 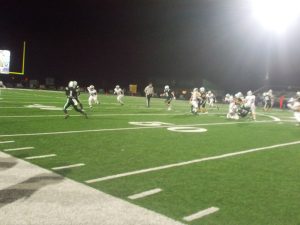 Colby Brooks with the catch

A couple of seconds into the fourth quarter, Miguel Salto bullied his way into the end zone for a 2-yd touchdown run. The PAT was good and with 11:56 left in the game, Pickens extended it’s lead over Gilmer, 21-10. Later on in the quarter, the Dragon run game, really left its mark on this game as Hampton got in for his second rushing touchdown after a 1-yd run. The PAT was no good and with 5:20 left in the game, the Dragons now led the Bobcats, 27-10. The defense for Pickens on Friday night was at its best as they held a high scoring Bobcats offense scoreless in the second half and just one touchdown all night. Pickens runs its win streak over Gilmer to 8 in a row after a 27-10 victory.

The Dragons, will be back on the road next week as they head to Oakwood to take on the West Hall Spartans. The last time these two teams met was in 2009. The last time Pickens traveled to West Hall was all the way back in 2008. West Hall leads the  all time series, 6-4. The first meeting took place in 1994. Kick off is set for 7:30.