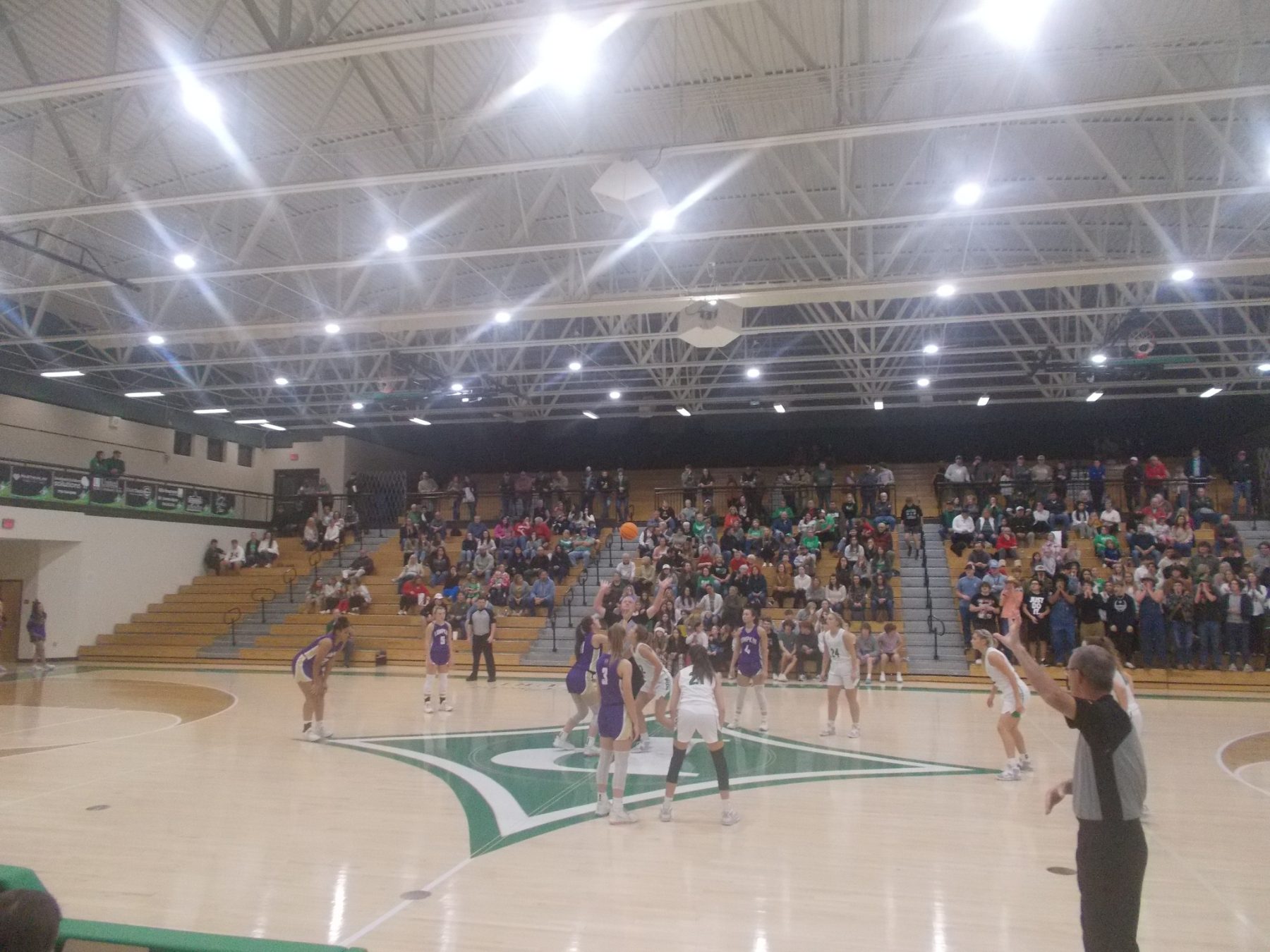 Jasper, Ga — On Friday, December 16th, the Pickens Dragonettes welcomed the Lumpkin County Lady Indians to the Dragons Den for a massive game in the 7-AAA region. On Tuesday, December 13th, the Nettes picked up a big road region win over a good Dawson Lady Tiger team. The Lady Indians, got a win over the Lady Cats of Gilmer on Tuesday. In what was touted as a heavyweight fight, this game lived up to the billing as it came down to the final shot. The Lady Indians, came away with a close 59-56 win.

After winning the opening tip, Lumpkin wasted no time getting on the board first as Mary Mullinax hit a three to make it 3-0. Bella Hopkins, gave the Nettes their first points with a basket to make it 3-2. After a bucket by Kate Jackson made it 5-2, Hopkins tied the game with a three. The Lady Indians answered right back with a three from Averie Jones to make it 8-5. Pickens, went on a 4-0 run with back to back buckets from Ellison Steinhauer and Hopkins to make it 9-8 Nettes.

Mullinax, hit her second three of the quarter to give Lumpkin the lead back, 11-9. In true back and forth fashion, Steinhauer tied the game up with a layup to even it at 11 a piece. Mullinax, then went on a 4-0 self run giving her 10 points in the first quarter to make it 15-11. Emma Gleason cut the lead down to 15-13 with a bucket as we’d head to the second quarter. 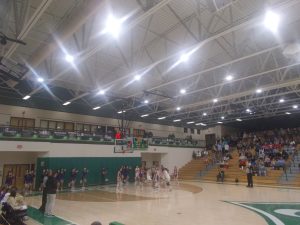 Gleason, liked ending the first quarter so much that she decided to begin the second quarter with a layup to tie things at 15. Jones came right back down and gave the Lady Indians the lead back with a three to make it 18-15. The Nettes, went on a 9-0 run as Caroline Mullins scored 4 points. Hopkins with 2 points, and Steinhauer with 3 points to give the Pickens its largest lead of the game, 24-18. After Mullinax split a pair of free throws, she made a layup to make it 24-21 Nettes. Hopkins continued her hot first half with a bucket to make it 26-21. Lumpkin closed on a 4-0 run getting baskets from Jones an Lexi Pierce to give us a halftime score of 26-25 in favor of Pickens. 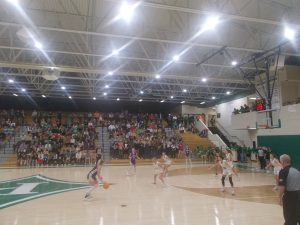 Nettes on defense against the Lady Indians

The Lady Indians began the third quarter with a bucket by Jones to give Lumpkin the lead back, 27-26. Steinhauer, gave the Nettes the lead right back with a bucket to make it 28-27. The Lady Indians then got back to back three pointers from Jackson and Jones to make it 33-28 Lumpkin. Mullins, ended the run with a layup to make it 33-30. After a basket by Mullinax, Steinhauer and Mullins combined for a 5-0 run and the ball game was tied at 35.

The Lady Indians top scorer on the night up to this point, Mullinax, gave Lumpkin the lead back with a bucker making it 37-35. Hopkins, got her first points of the quarter to tie it back up. Jones, gave the Lady Indians the lead back with a three to make it 40-37. Steinhauer, matched her with a three of her own to tie it at 40. After a Mullinax bucket gave Lumpkin the lead, Steinhauer, ended the third with a bucket to send us to the fourth all tied at 42. 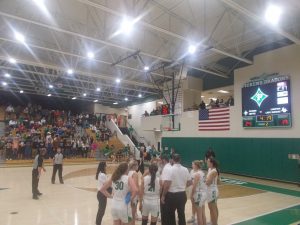 Pickens, going over strategy during a timeout

Brylee Deering, began the fourth quarter with a three to give the Nettes a 45-42 lead. Ciera Brooks, tied it back up with her first points of the game. Mullins, retook the lead for Pickens after a bucket. After a couple of fouls on each team, Jones gave Lumpkin the lead with a three to make it 48-47. Mullinax then followed with a basket to make it 50-47. Mullinax then split a pair of free throws to make it 51-47. Brooks, made a bucket to stretch the lead to 53-47. Mullins, split a pair of free throws and cut the lead down to 53-48. Jackson, stretched it up to 7 with a basket to make it 55-48.

Mullins and Jackson, traded buckets and the Lady Indians led it, 57-50. Steinhauer, cut the lead to four with a three to make it 57-53. Mullins, then cut the lead down to two with a basket to make it 57-55. Jones, got a big shot to fall as she stretched the lead to 59-55. After a mistimed foul by Jones, Mullins split a pair of free throws to make it 59-56. Lumpkin, then turned the ball over on the ensuing in bounds play and Pickens got the timeout with 1 second left. The potential game tying shot fell just short and the Lady Indians survived 59-56.

The Nettes, were back in action early on Saturday, December 17th as they took on the Kennesaw Mountain Lady Mustangs at Pope High School as part of the Pope-Alpharetta Holiday Tournament. Pickens, came away with the win, 62-17 to improve their record to 10-1. There next game in the three game tournament, will be on Monday, December 19th. They will face Cambridge at 5:30.