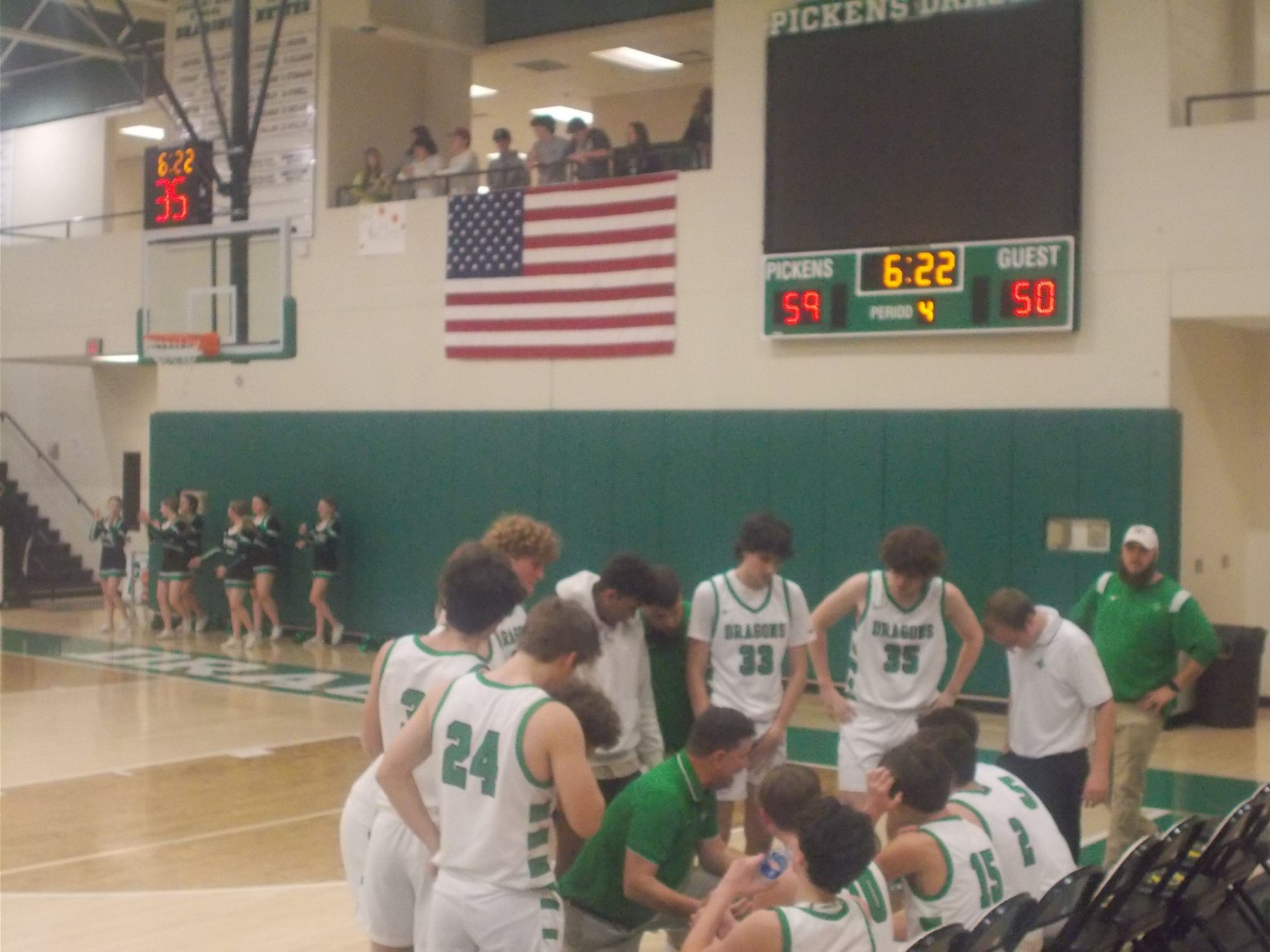 Jasper, Ga — On Wednesday, December 28th, the Pickens Dragons were back on their home court as they took on the Cartersville Purple Hurricanes in Holiday Tournament action. The Dragons, were looking to bounce back after a of tough losses to North Murray and Southeast Whitfield last week. The Purple Hurricanes, were also looking to get back in the win column after being defeated by North Paulding on December 17th. In a game that had a lot of action, the Dragons were able to hold off a late rally and pick up the win, 74-68. 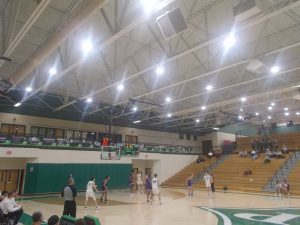 Dragons running a play on offense

The second quarter began with Pace completing a three point play the old fashioned way to cut the Pickens lead down to 19-12. Keith, made his second field goal of the game to push it out to 21-12. After Gamble split a pair of free throws, Keith, hit a three pointer to make it 24-13. The Caleb connection was real in the second quarter as Caleb Lanford hit a three as well to make it 27-13. Monte Tolbert, ended the 6-0 run by splitting a pair of free throws to make it 27-14. Keith, then stepped to the line and made both of his free throws to make it 29-14. The two teams then traded buckets as Kaden Baldwin would make one, then Isaiah Williams got on the board for Pickens, and then Jamauri Brice would score to make it 31-18.

Brice, then split a pair of free throws to cut it to 31-19. Dragons Freshman McCord Purdy, got the crowd buzzing as he caught his defender slipping and then hit a three pointer to make it 34-19. After a bucket by Baldwin to cut it to 34-21, Lanford answered back with a basket to make it 36-21. Coming out of a Cartersville timeout, Purdy hit his second three of the game to make it 39-21. Brice, came back with a three of his own to make it 39-24. Brice, then made both of his free throw attempts to cut it down to 39-26. Tilley and Purdy would split their free throw attempts to end the first half with the Dragons leading, 41-26. 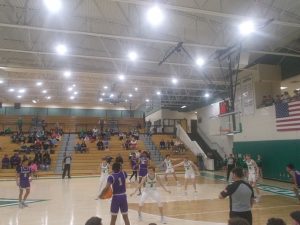 The second half started with the Purple Hurricanes going on a 5-0 run as they got three free throws from Jaylen Scott, and a bucket from Pace to cut it to 41-31. The two teams then traded three point makes as Lanford made one for Pickens, and Baldwin made one for Cartersville to make it 44-34. Pace, made it a 6-0 run for the Purple Hurricanes as he connected on a three pointer to make it 44-37. Stewart, came right back with a three pointer of his own and he and Pace had a little playful banter back and forth as Pace then tried to answer that three, but wasn’t able to. He was however able to get a layup to go to make it 47-39. The Dragons then went on a 4-0 run as they got buckets from Dodge Davis and Stewart to make it 51-39. McClinic, split free throws to make it 51-40.

The Sophomore, Davis, who had to step up and play a big role with two of the Dragons big guys in foul trouble, went to the free throw line and made both attempts to make it 53-40. Pace, then went on a 5-0 run on his own to cut the Pickens lead down to 53-45. Davis, got another bucket to give him six points in the quarter and give the Dragons a 55-45 lead going to the fourth. 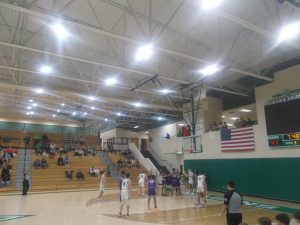 Dragons with the ball under their basket

The fourth quarter began with both teams trading baskets to make it 59-50 Pickens. Brice, cut the Dragons lead down to 59-52 with a bucket. Purdy, got those two points back as he made a pair of free throws and stretched the lead back out to nine. The two teams again went back and forth scoring bucket after bucket. Pickens, maintained its lead as Tilley went to the line and made one free throw to make it 66-59. Later on in the quarter, Stewart, made a pair of free throws to make it 72-65. A three pointer by Gamble cut the lead to 72-68. The closest the game had been since the first quarter when it was 8-5. After a late foul by Cartersville, Keith hit two free throws to seal it as the Dragons come away with the 74-68 win.

Leading scorers for the Dragons:

The Dragons, will be in action again on Thursday, December 29th for the second day of their Holiday Tournament as they take on the Savannah Christian Raiders. Tip off is set for 7 pm.