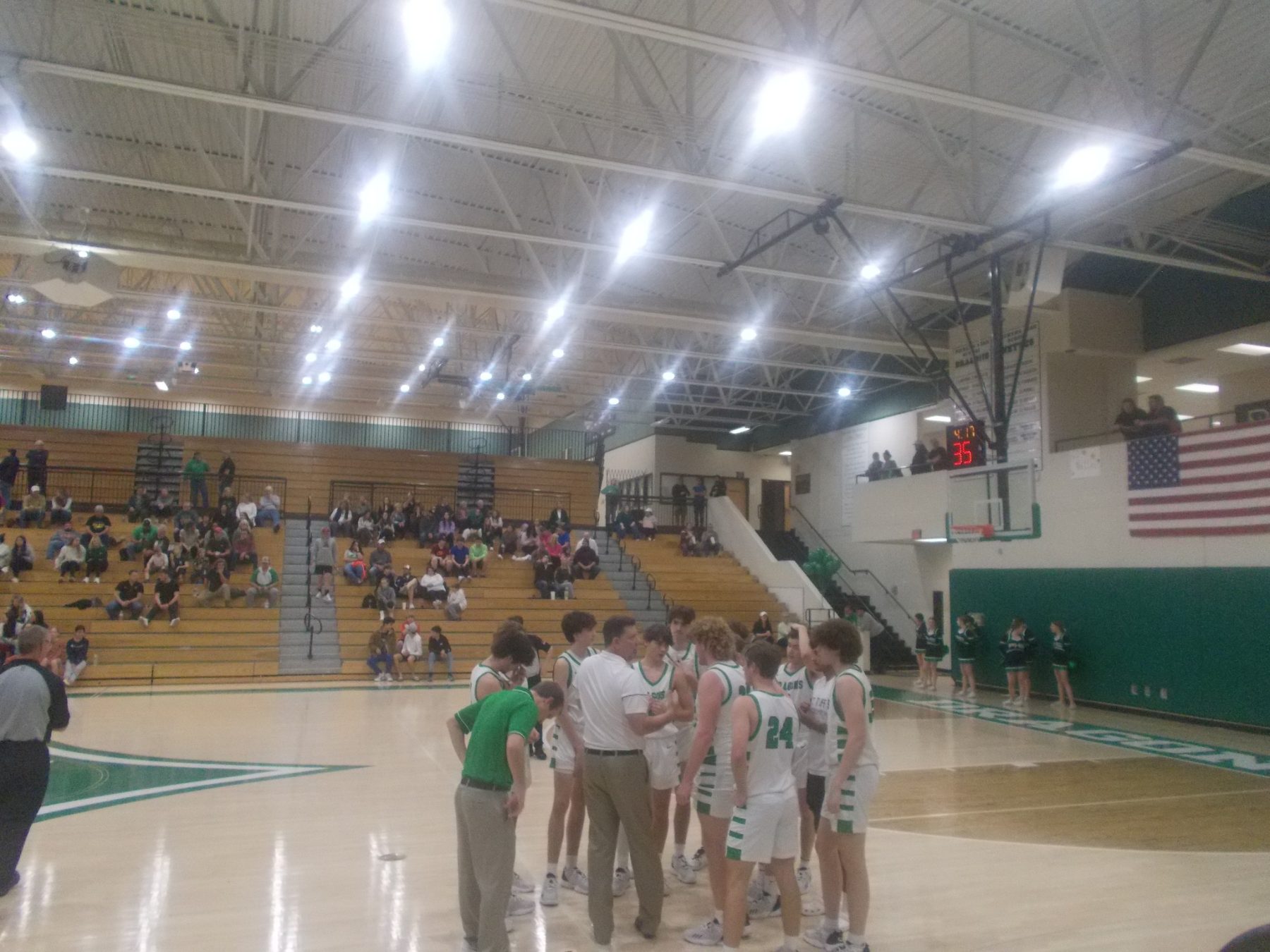 Jasper, Ga — On Thursday, December 29th, the Pickens Dragons took on the Savannah Christian Raiders on day two of the Pickens Holiday Tournament. On Wednesday, the Raiders were defeated by the Sonoraville Phoenix, while the Dragons held on to defeat the Cartersville Purple Hurricanes. In earlier action on Thursday, Lassiter defeated Sonoraville, and Cartersville defeated the Gilmer Bobcats. Much like Wednesday night, Pickens held off a late rally by the Raiders to pick up a 52-46 win. 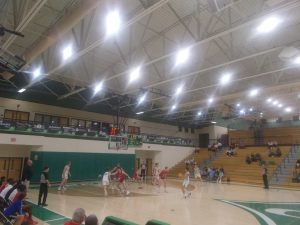 To begin the second quarter, Seth Cronic added to the Dragons lead with a layup to make it 21-9. The Raiders, went on another 4-0 run as Braden Bindenagel and Hall both made buckets to cut the Pickens lead down to 21-13. The Dragons, countered that as Tilley went on a 4-0 run to stretch the lead out to 25-13. Much like the first quarter, Savannah Christian ended the second quarter on a run as their 8-0 run to close the first half cut the Dragons lead down to 25-21. 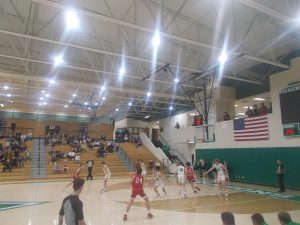 Dragons looking to defend the Raiders

Lanford, got things going in the second half with a three pointer to extend the Pickens lead out to 28-21. After the Raiders cut the lead down to three with a bucket and two free throws, Purdy pushed the lead up to six with a three pointer. Dalton Bunch, cut it back to four with a bucket, Purdy hit another three to make it 34-27. The Dragons would hit another three to stretch the lead out to 37-27. Savannah Christian, would not go away as they went on a 7-0 run to cut the Pickens lead down back to 37-34. Nathan Wallace, hit a big corner three to close out the quarter and give the Dragons a 40-34 lead going to the fourth. 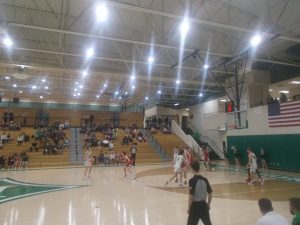 Dragons with the ball early in the third

The Raiders, started the scoring in the fourth quarter with a bucket by McIvory to make it 40-36. Dodge Davis and Caleb Keith would combine to make three free throws to make it 43-36. Wallace, then split a pair of free throws to make it 44-36. After another bucket by McIvory, Lanford went on a 4-0 run to make it 48-38 Pickens. Much like they’ve done throughout the entire game, the Raiders would mount a comeback. Savannah Christian, went on an 8-0 run to cut the Dragons lead down to 48-46. From then on it would become a free throw game as Keith made a pair, and then Lanford and Keith split a pair to give Pickens the 52-46 win.

Leading scorers for the Dragons:

The Dragons, will be back in action again for the final time in 2022 as they take on the Lassiter Trojans on Friday, December 30th. Both teams have won their first two games of this round robin tournament and will look to cap off 2022 with a win. Tip off is set for 7 pm.