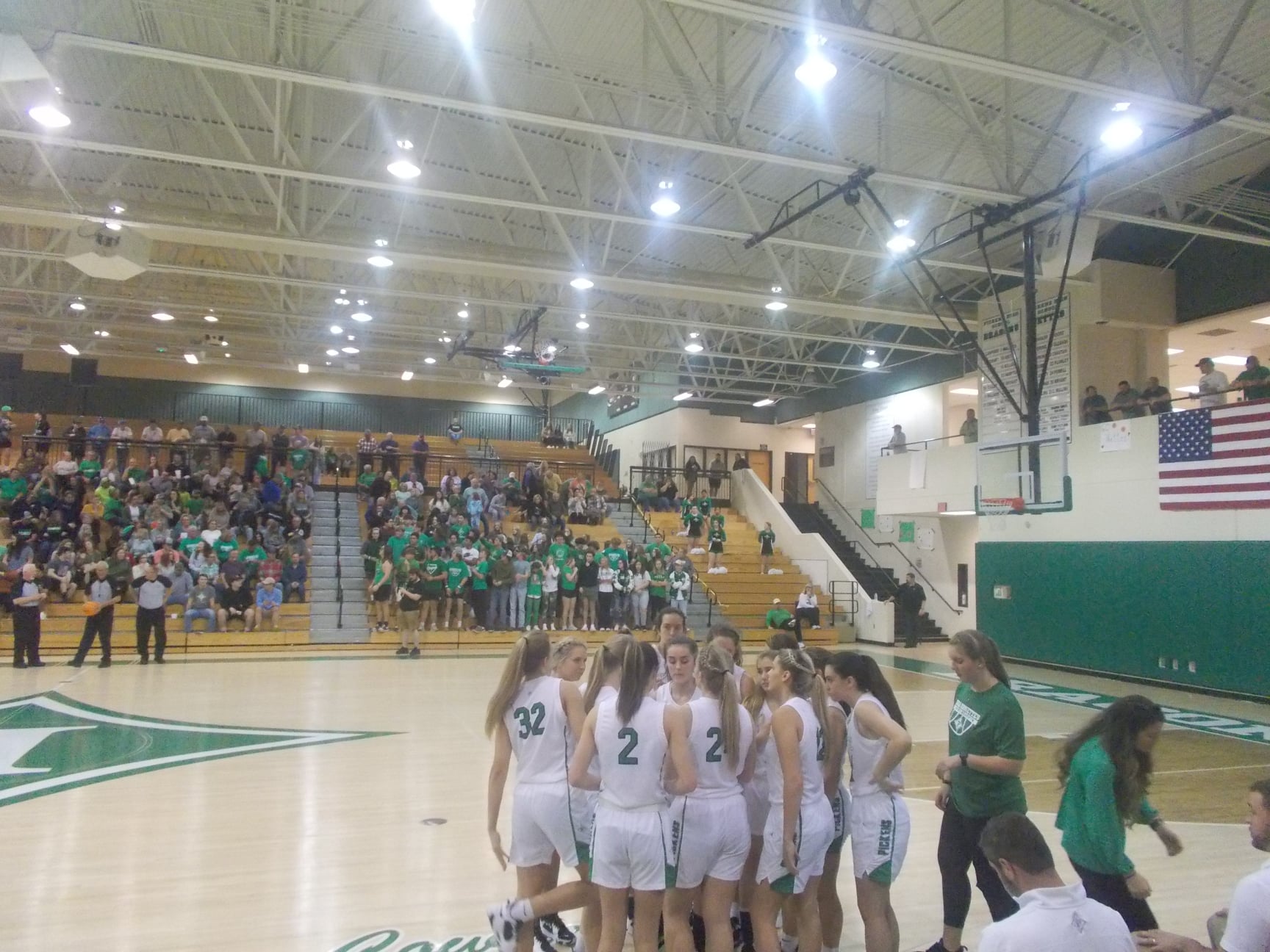 Jasper, Ga — It was state tournament time once again in Jasper as the Pickens Dragonettes welcomed the Riverdale Lady Raiders to the Dragons Den for the first round of the GHSA 4A Girls State Basketball Tournament. After a tough loss to Northwest Whitfield in the region championship, the Nettes came into the game as the #2 seed. The Riverdale Lady Raiders, came into the game as the #3 seed out of region 5. Using a big time team effort, the Nettes came away with an 83-44 win.

In the first quarter, the Nettes got off to a quick start as Madison Powell opened the scoring with a three pointer. Caroline Mullins then made a bucket and a free throw to make it 6-0 Pickens early. After a three by the Lady Raiders, the Nettes went on an 8-0 run as Caroline Mullins hit a pair of free throws, Emma Gleason made a layup, Caroline Mullins, Emmie Moore, and Amanda Nelson hit free throws to make it 14-3. Riverdale ended the run with a bucket and a free throw to make it 14-6. Then it was time for the Mullins sisters to takeover. After a three by older sister Carmyn, younger sister Caroline made a layup. Carmyn then followed it up with 4 consecutive free throws to make it 23-6 Nettes going to the second. 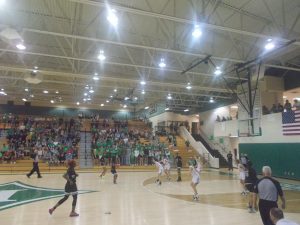 The Lady Raiders got things going in the second quarter with a bucket to make it 23-8. Moore answered for Pickens with a three pointer making it 26-8. After a bucket by Riverdale, the Nettes went on an 8-0 run as Nelson split a pair of free throws, Carmyn Mullins made a layup and followed that up with a three pointer, then Gleason made a layup to make it 34-10. The two teams then traded buckets to end the first half as Pickens held a 40-15 advantage at the break. 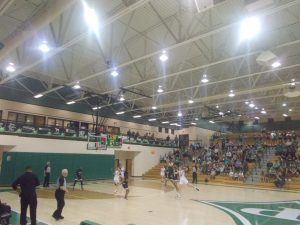 Nettes on offense in the 2nd quarter

The third quarter began with a steal by the Nettes and a nice finish at the basket by Bella Hopkins to make it 42-15. After a three by the Lady Raiders, Nelson and Caroline Mullins responded with back to back three pointers to make it 48-18. The two teams then traded buckets for a couple minutes as the Nettes led it 54-28. Pickens then went on a 5-0 run getting a layup by Emery Bryant, a free throw make by Carmyn Mullins, and a bucket by Caroline Mullins to make it 59-28. The two teams traded and-1 opportunities as we’d head to the fourth with Pickens leading Riverdale, 62-31. 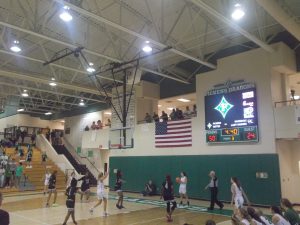 Moore opened the shortened fourth quarter with a three pointer to make it 65-31. After a free throw make by the Lady Raiders, Gleason made a layup to make it 67-32. Riverdale then went on a 4-0 run to make it 67-36. Jazmine Chastain made a layup after a nice offensive rebound and Bryant hit a pair of free throws to stretch the lead out to 71-36. The Lady Raiders came back down and made a layup to make it 71-38. The Nettes came back down the floor and Emery Steinhauer made a wide open three to make it 74-38. Riverdale responded with back to back three pointers to make it 74-44. Pickens ended the game on a 9-0 run as Bryant scored 4 points, Ashaela Buchanan scored 3 points, and Adrienne Plumley scored two points during the run. Your final score from Jasper, Nettes 83 Riverdale 44.

Scoring For The Nettes:

With the win, the Nettes advance to the Sweet 16. They will have a quick turnaround as they will head down to Albany to take on the Dougherty Lady Trojans on Friday, February 25th. Dougherty, is the #1 seed out of region 1. They had a bye to the Sweet 16 as region 3 did not have a #4 seed for them to match up against in the first round. The Lady Trojans are 17-7 on the season. Their last game was on February 15th in the region 1 championship game against Bainbridge. Tip off for the Nettes and Lady Trojans is set for 6 pm.