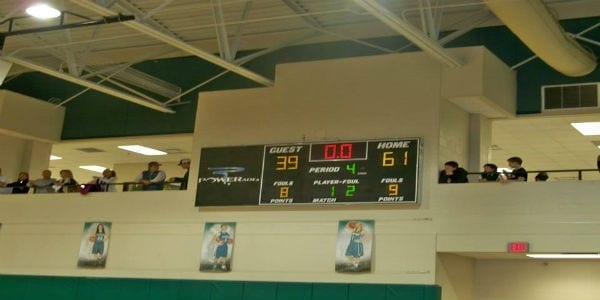 On Saturday, the Nettes varsity basketball team welcomed teams from different parts of Georgia and different classifications to PHS for the Pickens Holiday Classic. This tournament features teams from A all the way to 6A. The Nettes opening game came against a 5A school, the Riverwood Lady Raiders.The Nettes started off quickly in this ball game and were able to come away with the first quarter lead at 16-9. The offense and defense for Pickens made a statement in the second quarter outscoring Riverwood 20-2 to take a commanding lead into halftime, 36-11 over the Lady Raiders. In the third quarter, the Nettes had the second five in mostly and the Lady Raiders won the quarter, 11-10 with Pickens holding a 46-22 advantage going to the fourth and final quarter. Riverwood outscored Pickens in the fourth quarter as well, 17-15, but it was not enough to overcome a strong performance by the Nettes as they took this one, 61-39.

Pickens is now 6-7 on the season

Leading the way for the Nettes Saturday would be:

Pickens will now face a 6A school in the Kennesaw Mountain Lady Mustangs later today in the second day of the Pickens Holiday Classic. Tip off is scheduled for 6 pm and will be played in the the new gym.