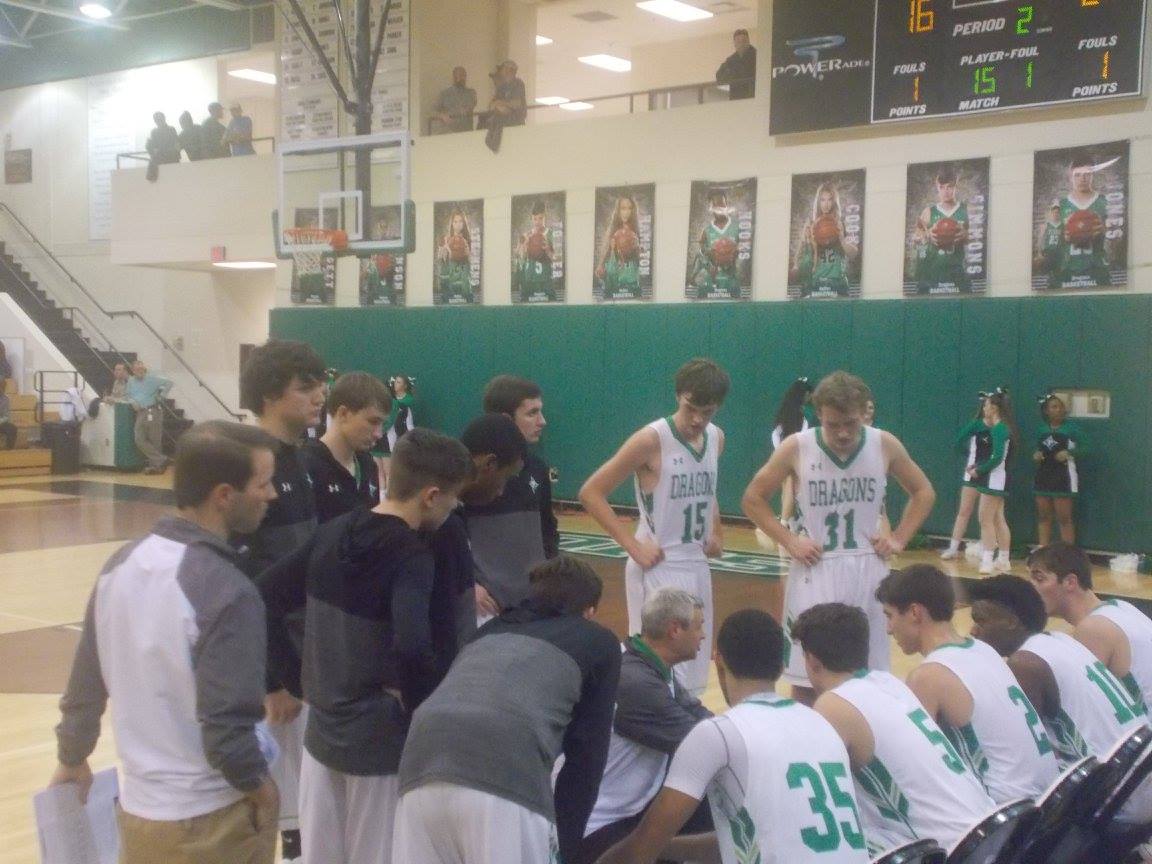 Last night, the PHS Dragons varsity basketball team hosted their bitter rival, the Gilmer Bobcats, for some Friday night 6-AAAA basketball. The last time these two met, it was back in the cage in Ellijay with the Dragons coming away the winners in overtime.

Much like the opening quarter of the girls game, both offenses got things going early, & it was highly contested. Also much like the girls game, Pickens held the lead after the 1st, 19-14. The 2nd quarter, saw the Dragons stretch their lead using some tough defense to lead to some fantastic transition baskets on the offensive end. Using a 14-10 quarter run, Pickens held the advantage over Gilmer, 33-24, going into the break.

In the 3rd, the Bobcats got things rolling on their end. After being down 9 to start the 2nd half, Gilmer used a 26-17 quarter run to take a 50-47 lead over Pickens going to the 4th and final quarter. In the 4th, both teams would score 15 points each. However, that would not be enough for the Dragons as Gilmer held on to take this one, 65-62.

For Pickens, they will have to shake off that tough loss to their rival as they will be back in action on Tuesday night as they will host the Union County Panthers in non-region action. Tip off is scheduled for 7:30 pm.