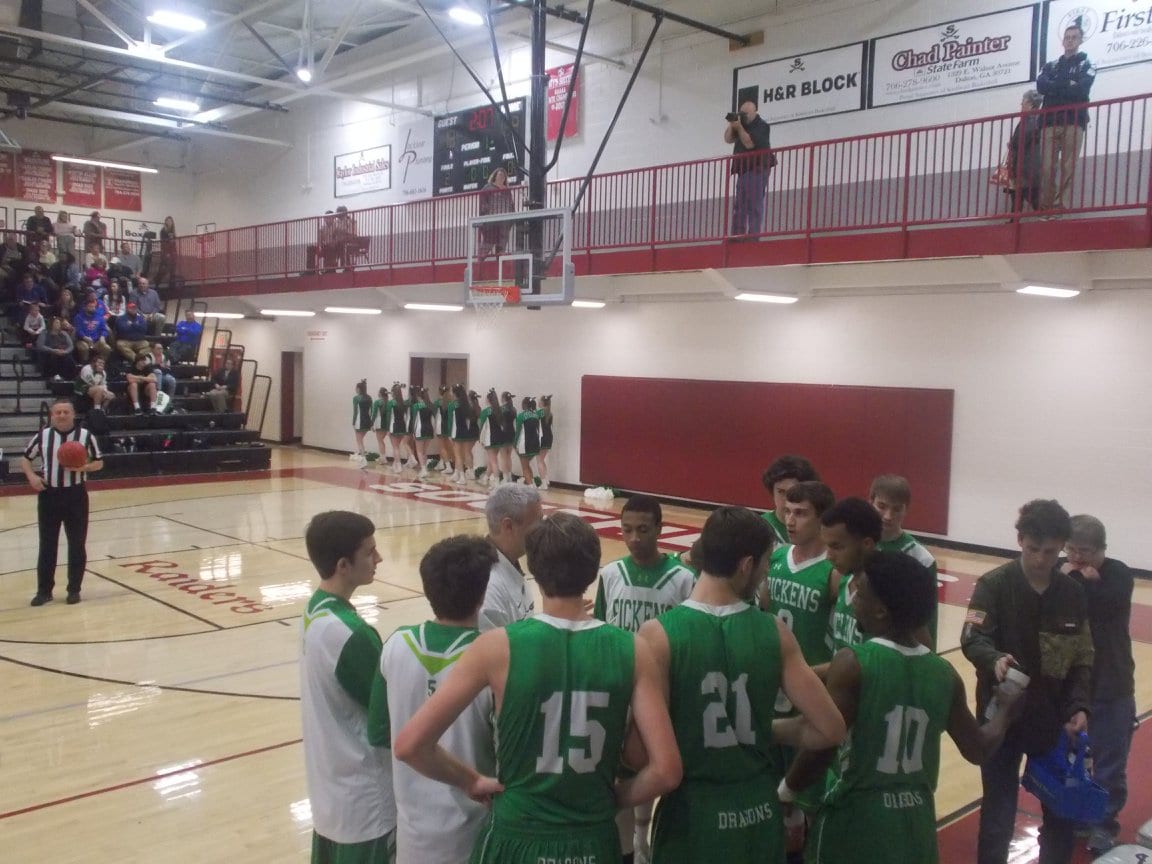 Last night, it was the Dragons varsity basketball team’s turn to head to Dalton to start their region tournament, also being held at Southeast Whitfield. Pickens, came into the tournament as the #7 seed, & they would be taking on the #2 seed, Northwest Whitfield Bruins in the opening round.

The beginning of the 1st quarter saw the Dragons get out to a quick start. Midway through the frame both teams were going back and forth with each other, trading buckets. Northwest Whitfield took the lead heading to the 2nd, 22-15. In the 2nd, the Bruins stretched their lead a bit, but Pickens still found itself within striking distance. Using a 19-13 quarter advantage, Northwest Whitfield took a 41-28 lead into the break.

The 3rd quarter, was not kind to Pickens. Nothing would fall for the Dragons as the Bruins stretched their lead out more. A 20-6 quarter run by Northwest Whitfield, gave them a 61-34 lead over Pickens going to the 4th. The Bruins came away with this one, 83-49.

The Dragons, will be graduating 6 seniors from this season’s team. To Hunter Fowler, Joseph Gossett, Keinyuan Hooks, Avonta Johnson, Evan Jones, & Chase Simmons, TeamFYNSports thanks you for all you’ve done during your time at PHS, & good luck to you in the future!