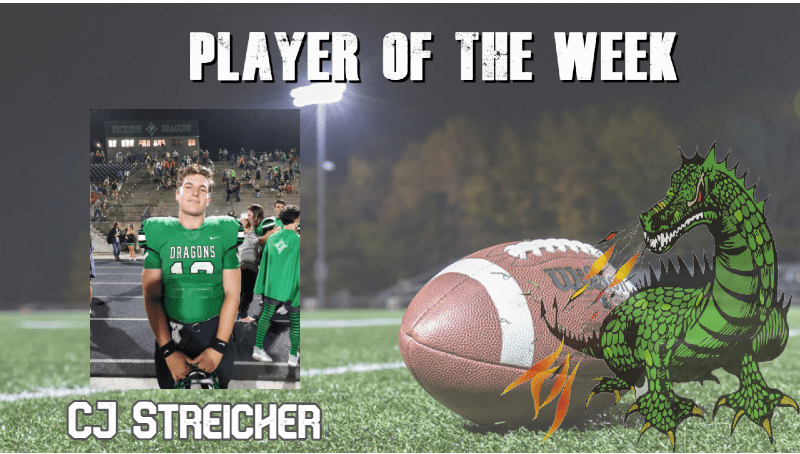 This week’s #TeamFYNSports Sports Writer’s Player of the Week goes to Senior QB CJ Streicher. Streicher, had a fantastic night on the ground and through the air accounting for 6 touchdowns (3 rushing, 3 passing) tonight in the Dragons 45-21 win over the Southeast Whitfield Raiders. Streicher, nearly tied a school record for most touchdowns in a game, but fell one shy of Jordan Shaw’s 7 touchdown record. Shaw set that record against Southeast Whitfield during his senior season. Streicher threw touchdown passes to Mykel Hand, Alex Snelgrove, & Dylan Arp. Streicher’s biggest play of the night quite possibly was a 77-yd touchdown run. Streicher, wasn’t the only Dragon who had a big night however. A shoutout goes to Juan Sanchez. Sanchez, made all of his extra points, connected on a 26-yd field goal, & had several touch backs on kickoffs. Aiden Sanchez had a big night on offensive line pushing defenders around. Sy Chadwick, & Clayton Holland helped lead a great defensive performance as well.

Next week, Streicher and the Dragons will be on the road against Heritage in another crucial region game. The Dragons find themselves atop the region standings at 2-0, but the Generals are right behind them at 1-1. Kickoff will be at 7:30 pm. 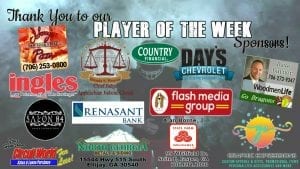