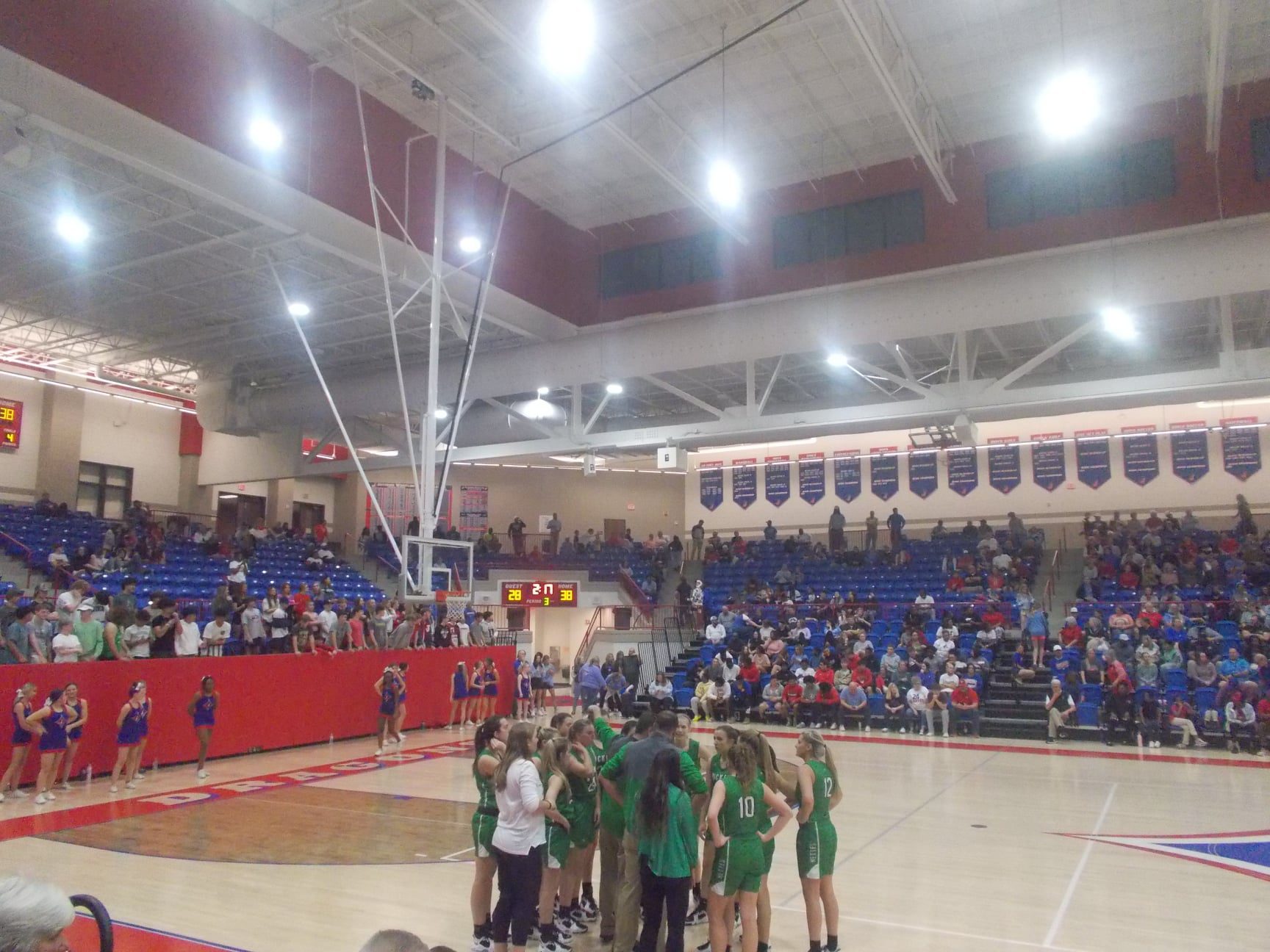 Jefferson, Ga — The Pickens Dragonettes, took to the road on Wednesday, March 2nd to take on the Jefferson Lady Dragons in the Elite 8 of the GHSA 4A Girls State Basketball Tournament. It was a minor miracle for the Nettes to even get to this game as they had to battle back from a 14 point 4th quarter deficit on the road against the Daugherty Lady Trojans in the Sweet 16. Jefferson, was the #1 seed out of region 8. The Nettes, showing a willingness to never quit, overcame a 12 point 4th quarter deficit to defeat the Lady Dragons, 51-50.

Jefferson got out to a quick start in the first quarter as they built an early 4-0 lead. Emmie Moore, who came in for the Nettes after Caroline Mullins had to leave the game for a bit after falling on her elbow, got Pickens on the board with a layup to make it 4-2. The Lady Dragons then added a three, to make it 7-2. Moore, a freshman, then went on a personal 5-0 run as she made another layup and hit a three to tie it up at 7. After Jefferson retook the lead with a bucket, Amanda Nelson tied things up at 9 with a layup. She would then give the Nettes the lead after hitting a free throw to make it 10-9. The Lady Dragons would answer back with a bucket to make it 11-10. Caroline Mullins, now back in the game, got her first points of the contest with a layup to make it 12-11 Nettes. Jefferson would go on a 4-0 run to close out the first quarter as the Lady Dragons led it, 15-12. 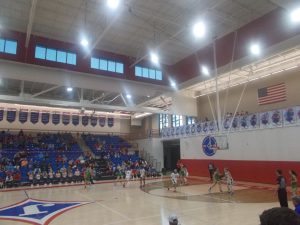 Nettes with the ball early on

The Nettes began the second quarter with a 5-0 run as Nelson hit a three, and Caroline Mullins made a bucket to give Pickens a 17-15 lead. After Jefferson split a pair of free throws and then made a layup, Madison Powell responded with a three pointer to give the Nettes a 20-18 lead. The Lady Dragons answered with a three pointer of their own to reclaim the lead, 21-20. After Caroline Mullins split a pair of free throws to tie things up at 21, Jefferson again went on a 4-0 run. This one, closed out the first half as we headed to halftime with the Lady Dragons leading the Nettes, 25-21. 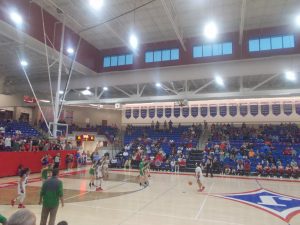 Nettes on defense in the 2nd quarter 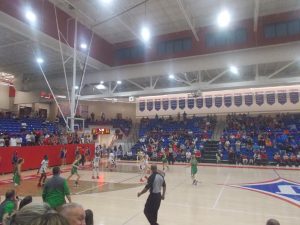 Nettes with the ball in the 3rd quarter

Nelson got the fourth quarter started with a layup to make it 45-35. After a pair of free throws from Jefferson, Carmyn Mullins made a layup in traffic to make it 47-37. Deering, then split a pair of free throws to make it 47-38. Moore, then drove into the lane, made the layup, and got fouled. She would make the free throw to cut the Lady Dragons lead down to 47-41. Jefferson, then made a pair of free throws to stretch their lead out to 49-41. Then, the Nettes went to work. Caroline Mullins drove into the lane for the layup to make it 49-43. Nelson, then lined up and fired another three pointer to make it 49-46. With Caroline Mullins bringing the ball up the court, the Lady Dragons trapped her in a corner, she found Nelson, who then found an open Bella Hopkins who hit a three pointer to tie it up at 49. By this point the Nettes faithful that made the trip, were losing their minds. After a stop defensively, and a timeout, Caroline Mullins got by her defender and drove into the lane for a tough layup to give Pickens a 51-49 lead with 40 seconds left.

Here’s where things get interesting shall we say. Jefferson would miss two potential go ahead short shots. A fight for the ball occurred which resulted in a jump ball. The arrow pointed the way of the Nettes with 23 seconds left. After a timeout was called by Pickens to avoid the 5-second call, the ball was passed in to Caroline Mullins. Mullins, would miss the front end of the 1 and 1. Jefferson got the rebound and drove down the court and was fouled with 13 seconds left. The Lady Dragons split the free throws to make it 51-50 Nettes. On the missed free throw, a tie up with the ball led to the Lady Dragons getting a timeout granted with 12.2 seconds left. After the timeout, Jefferson found an open girl under the basket, but she was called for the travel, giving possession back to Pickens with 4.6 seconds left. a jump ball was called on the ensuing in-bounds play, which gave the Lady Dragons the ball with 2.3 seconds left. Jefferson lobbed it into the paint, but Emma Gleason was able to force a lose ball. The ball went out of bounds as time expired and the Nettes began to celebrate. That celebration was short lived as the officials determined that there was .3 seconds left on the clock when the ball went out on Gleason. Jefferson lobbed it up for a desperation shot at the basket, but it was no good and the Nettes held on to knock off the Lady Dragons, 51-50.

Pickens, will have a quick turnaround as they will face the Marist Lady War Eagles in the Final Four on Friday, March 4th. Marist, advanced to the Final Four on Tuesday with a 36-16 victory over the Nettes region mates, the Heritage Lady Generals. The game will be played at Fort Valley State University in Fort Valley, Georgia. Tip off is set for 6 pm.