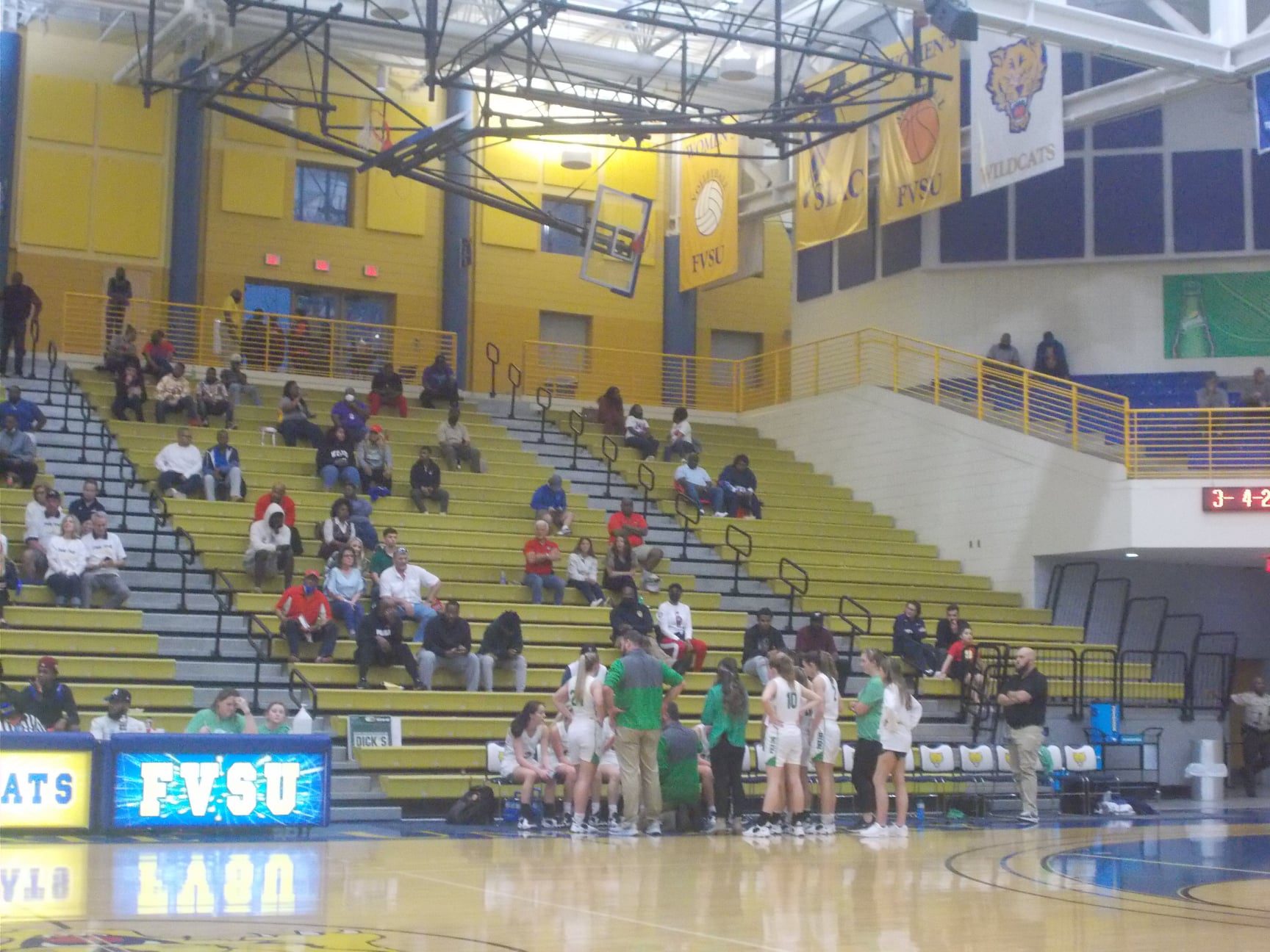 Fort Valley, Ga — It was the year 2000. That was the last time the Pickens Dragonettes played in a Final Four game in the state basketball tournament. On Friday, March 4th, the Nettes made the nearly 3 hour trip south to Fort Valley State University to take on the Marist Lady War Eagles in the GHSA 4A Girls State Basketball Tournament. The Lady War Eagles came into the game with one of the better defenses in the state allowing 31.5 points per game. The Nettes defense, hadn’t been too shabby during the season either only allowing 34.9 points per game. This was expected to be a low scoring affair, and that is what it was. In the end, the Lady War Eagles were able to come away with a 38-35 win.

After a bit of a back and forth to start the first quarter, Amanda Nelson got the scoring started with a three pointer to give the Nettes an early 3-0 lead. After Marist made two layups and a free throw, Caroline Mullins went on a personal 4-0 run by making two free throws and a layup to make it 7-5 Pickens. Going blow for blow in this opening quarter, the Lady War Eagles tied it up at 7 with a bucket. Carmyn Mullins gave the Nettes the lead with a three pointer. Going to the second, Pickens led Marist 10-7. 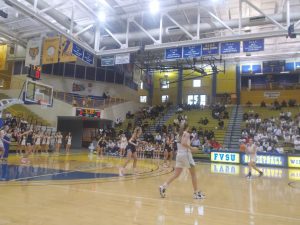 Nettes with the ball in the first quarter

The Lady War Eagles opened the second quarter with a pair of free throws to cut the Nettes lead down to 10-9. Caroline Mullins answered with a three pointer to make it 13-9. After a layup by Marist, Caroline Mullins went on another 4-0 run with back to back buckets to make it 17-11. The Lady War Eagles ended the run with a bucket to cut it to 17-13. Bella Hopkins then split a pair of free throws to make it 18-13. Marist closed the first half with a bucket to make it 18-15 Nettes going to the break. 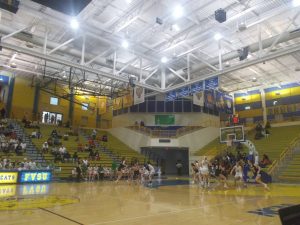 The Nettes on defense against the Lady War Eagles 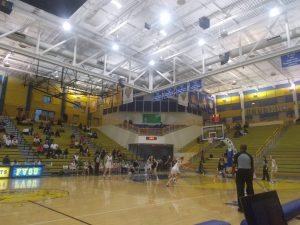 Nettes on offense in the third quarter

We then had an odd incident where as Caroline Mullins was going in for a layup, the horn blew. After a lengthy discussion between officials and coaches, 27 seconds were placed on the clock, the layup from Caroline Mullins counted, and went to the free throw line where she hit two free throws to make it 34-33 Lady War Eagles. The Nettes, then went for the steal on the ensuing in-bounds. Marist, got the ball in and Pickens fouled. The Lady War Eagles, again made a pair of free throws to extend the lead to 36-33. Using that never say die mentality that they’ve come to be known for, the Nettes cut the lead down to 36-35 after a tough layup by Nelson. The Nettes quickly fouled and sent Marist to the line. The Lady War Eagles, made both free throws again to make it 38-35. With one final chance, a three point shot would not fall for the Nettes and Marist held on to win, 38-35.

Scorers for the Nettes:

The Nettes finish the 2021-22 season with a 26-4 overall record. The 26 wins are tied for the second most in a season. The 35 points per game the Nettes gave up on defense ranks as the best in the Pickens High School history. The 21-game win streak that the Nettes went on during the season tied for the second longest streak in team history. The Nettes, won their 900th game in program history during the season. The Nettes, won their second straight 7-AAAA regular season championship during the season. Congrats to the Pickens Dragonettes on an incredibly historic season.