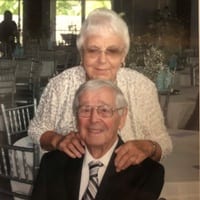 Mr. George Kenneth Mosley, age 89, of Jasper passed away Monday, October 29, 2018 at his residence. Born in Pickens County he was the son of the late Rembert & Asta Mosley.

Kent was proceded in death by his brother, Pog Mosley and sister, Judy Boggus.

Kent was a four year  U.S. Army Vereran. Serving 3 years in Japan and one year in Korea. While serving in Japan, he was a page at the trial of Japanese Prime Minister, Tojo, accused of war crimes.

Kent was also the first “walking city Mail Carrier”, a job he loved. He worked for the Postal Service until his retirement in 1989.

He also loved his Wood Working. He carved ducks, made fishing plugs, could paint, draw and made lots of boxes.

Visitation will be Wednesday, October 31, from 10:00 AM until the Graveside service hour.

A graveside service will be held at 2:00 PM Wednesday, October 31, at Sunrise Memorial Gardens, with Pastor Steve Lowe officiating.

In lieu of flowers, please make donations in Memory of Kent to Jasper First Baptist Church, Joy House, or Charity of your choice.

Cagle Funeral Home is Honored to serve the Mosley Family.