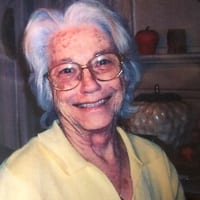 Funeral services will be held Monday, February 18, 2019 at 11:00 AM in the Chapel of Cagle Funeral Home. Rev. Lee Roy Blackwell and Rev. Bruce Weeks will be officiating.

Interment will be in the Arbor Hill Baptist Church Cemetery.

Cagle Funeral Home is honored to serve the Duckett Family.