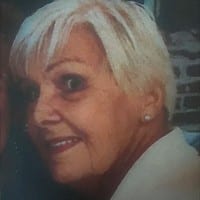 Interment will be at the church cemetery following the funeral service.

A lifelong resident of Pickens County, Mrs. Sitten worked for LCI Rubber Company where she retired. She was loved by many, and her children, grandchildren and great-grandchildren loved visiting her and spending time with her and at the creek. She was referred to as “Granny” and loved by all.

Cagle Funeral Home is honored to serve the Sitten family.