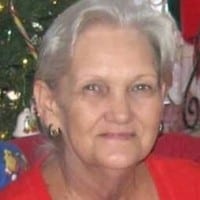 The family will receive friends Tuesday, February 11 from 4:00 PM until 10:00 PM and Wednesday from 8:00 AM until the funeral hour,

Interment will be at the church cemetery, following the funeral service.

The family will accept flowers or donations to Cagle Funeral Home to help with funeral expenses.

Cagle Funeral Home is honored to serve the Cantrell family.