The City of Jasper seems to finally be bringing an issue to close after several discussions and applications for HMIG Grant from FEMA.

The grant, originally approved last year for $361,231, was bid out in March to the low bid of $403,629 with the unexpected inccrease coming due to the needed generators and engineering. After receiving the bids, the council planned on returning to FEMA to request an increase in grant money to $472,211. As of October 5, Jasper has received confirmation of approval of that request, which brings each involved entity’s share to Federal support to $354,158, State support to $47,221, and the city of Jasper’s portion to $70,832.

Although this still represents an increase of $16,647 over what the council previously budgeted, Lisa Hoyle, City Clerk, offered that the City has pushed a few projects back into next year and could redirect some funds from other areas such as a reimbursement for the Cove Creek Redirection project that was unbudgeted. The Council was also advised that pushing this project back further it would require a new bid process without the opportunity to request more funds in Grants. The Council has approved a motion to move forward with this project including the $16,647 increase in City Costs.

Another major issue coming from the Council’s meeting involved complaints under Jasper’s Noise Ordinance in reference to Rocco’s Pub. Shane Fendley came to the City Council to speak on complaints he made to the Mayor about the noise levels at different times and different levels over the past few years, escalating at some points that the bass from the music was loud enough to rattle windows at his house.

Fendley also stated he was not alone in his complaints with several families and homes affected by the issue. While they have been able to get it quiet at times, Fendley says it has never lasted long before they could hear it again.

Police Chief Greg Lovell also commented on the issue saying they have even went as far as issuing citations to the business after receiving several complaints and has even spoken with the business owner about switching to different forms of music including acoustic styles after a certain hour in effort to alleviate some of the stress on the local populace.

Jasper City Mayor, John Weaver, spoke on attempting to resolve the issue so that the business could flourish and the neighborhood could return to a level of quiet in the area. On that, he offered a suggestion that the Council motion for the Police Chief to return one last time to the business to discuss options and potential consequences for the business.

Though Mayor Weaver suggested options for further violations including an increased fine to hinder those in violation of the Ordinance or moving the issue to Superior Court to be handled as a nuisance, motion and approval came officially saying to “ask the Chief of Police to sit down with Rocco’s and discuss our current situation and the intent of the Council to move toward an injunction in Superior Court should it happen again.”

The City also came to a final adoption of its Millage Rate at 4.683 (a .15% decrease in the rate). The approval came while keeping the same homestead exemptions.

To see more of the meeting watch the full video below: 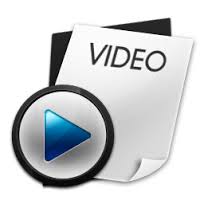 Monday night Jasper held their monthly council meeting. At the meeting, a salary increase was given finalization after initial approval in December, contingent upon the return of health insurance quotes and how it would affect the 2014 budget. END_OF_DOCUMENT_TOKEN_TO_BE_REPLACED

In a brief appearance before the Jasper City Council, local developer Craig Meffert sought to sell the city on his idea of a multi-use development along the Highway 515 corridor. He with Onyx Investment’s J.R. McLaughlin brought proposed drawings and explanations of their vision before the council Monday night. END_OF_DOCUMENT_TOKEN_TO_BE_REPLACED

A called meeting of the city of Jasper’s council last night met two objectives: to set the millage rate and to accept the Board of Commissioners’ offer of 20 percent of the proposed S.P.L.O.S.T. (Special Purpose Local Option Sales Tax) revenue. END_OF_DOCUMENT_TOKEN_TO_BE_REPLACED

The city of Jasper’s 2012 finances have now been finalized and were presented at the council meeting Monday night. The city’s finances, when presented in a businesslike format, show a net position of $3,991,000. END_OF_DOCUMENT_TOKEN_TO_BE_REPLACED

The Jasper City Council held their monthly meeting Wednesday night with several items discussed and presented. With the absence of Councilwoman Anne Morrow and Mayor John Weaver, the meeting was presided by Councilman Jim Looney. END_OF_DOCUMENT_TOKEN_TO_BE_REPLACED